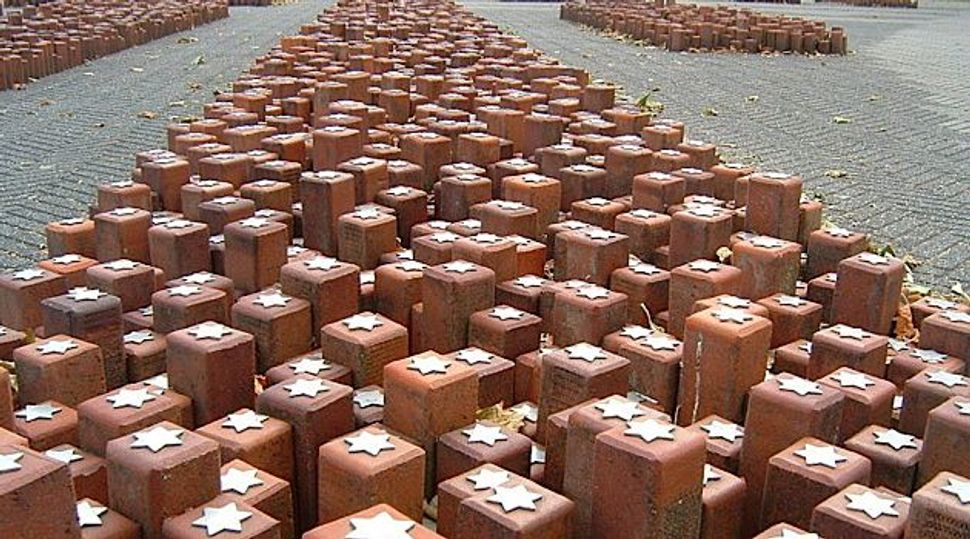 Westerbork: Students visited the monument to the 100,000 Jews who were moved through the Westerbork transportation camp. Image by Wikicommons

Some 150 teenagers from The Netherlands visited Westerbork, a transit camp for Holocaust victims, in an activity designed to combat recent expressions of anti-Semitism in the city’s schools.

The youths from the eastern Netherlands city of Arnhem arrived at Kamp Westerbork on bicycles on July 25 carrying white roses provided to them by the organizers of the activity, which was planned in cooperation with the Jewish community of Arnhem. The children left the roses on the railway track of the camp, from which approximately 100,000 Jews were transported to Nazi death camps.

In February, Dutch television aired interviews with high school pupils from Muslim homes in the Arnhem area, in which the pupils expressed anti-Semitic views. One interviewee said he was “happy about what [Adolf] Hitler did to the Jews.”

The interviews prompted the Center for Information and Documentation on Israel, a watchdog on anti-Semitism, to request the government study the problem of anti-Semitism in schools and address it. Dutch Prime Minister Mark Rutte said he would launch a plan “to discuss anti-Semitism with young people.”

The visit was organized by Arnhem’s Jewish community and by the people responsible for the “Uncle Joop Tour,” an annual 310-mile bicycle trip which was first held in 1950. It was the first time the tour passed through Westerbork but it could become an annual event, according to Holland’s chief interprovincial rabbi, Binyomin Jacobs.

He told JTA the children reacted emotionally to the experience. “I told them what happened to children just like them in Westerbork and I also told them ‘Shalom’ means ‘hi’ but also ‘peace’ and they all said ‘shalom’ when we parted – some of them with tears in their eyes,” Jacobs told JTA.