Eric Burdon from Band The Animals To Play in Israel 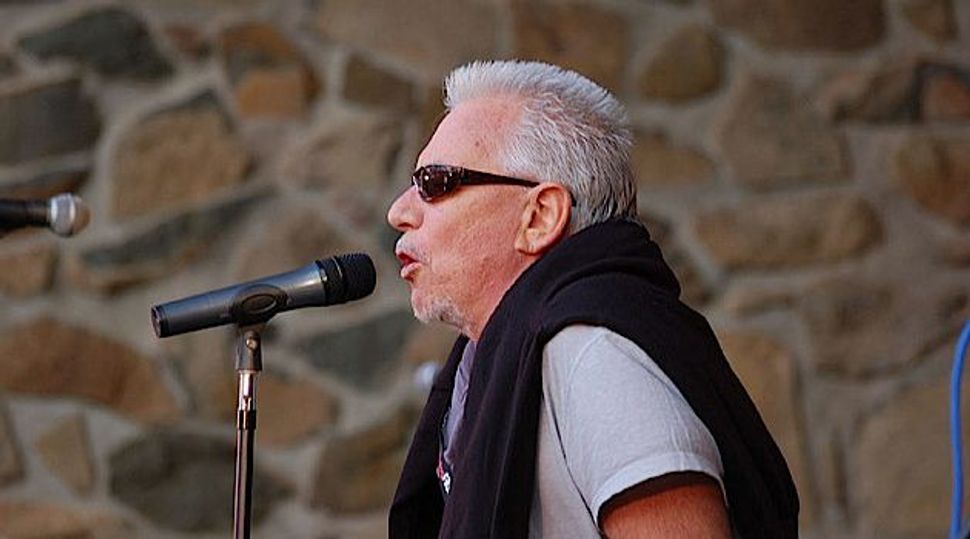 Eric Burdon, lead singer of the popular ’60s band The Animals, said he will perform in Israel days after canceling a concert due to threatening emails.

On Monday, after saying last week that he had canceled his Aug. 1 concert in Binyamina, the concert appeared on Burdon’s website. It also was posted on the website of the Zappa Shuni Amphitheater, the concert site.

Burdon’s wife and personal manager, Marianna Burdon, had written to Tislam, the Israeli band with whom Burdon was scheduled to perform, about canceling the performance.

“We are under increasing pressure, including many threatening emails that we are receiving on a daily basis,” Marianna Burdon wrote. “I wouldn’t want to put Eric in any danger.”

Performers have been under increasing pressure from the Boycott, Divestment and Sanctions Movement, or BDS, not to play Israel.

The Animals, a British band, became popular during the British invasion in the 1960s with songs such as “The House of the Rising Sun,” “We Gotta Get Out Of This Place,” “It’s My Life” and “Don’t Let Me Be Misunderstood.” Burdon, 72, last performed in Israel during the 1980s. He recently released a solo album.

Eric Burdon from Band The Animals To Play in Israel