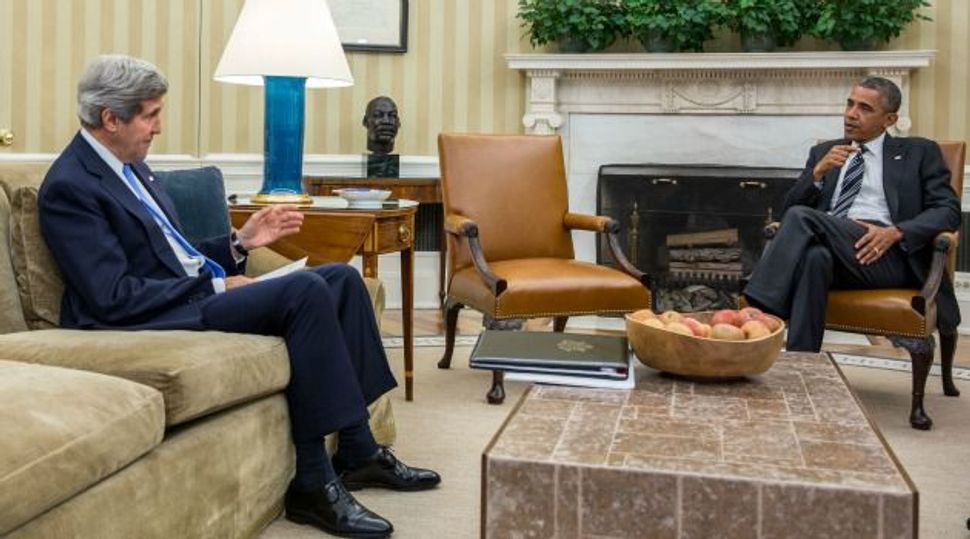 Get to Work: Barack Obama meets with Secretary of State John Kerry. He later met with Israeli and Palestinian negotiators as the Mideast peace talks started in earnest. Image by getty images

The meeting at the White House came after Israeli and Palestinian negotiators held their first peace talks in nearly three years on Monday in a U.S.-brokered effort that Secretary of State John Kerry hopes will end their conflict despite deep divisions.

The negotiators held bilateral meetings on Tuesday at the State Department.

Obama has so far stood back from the process, leaving it to Kerry to lead the effort to bring Israelis and Palestinians to the table.

The talks are expected to run for nine months. While Kerry has urged the two sides to strike “reasonable compromises,” there are major disagreements on issues such as borders and security.