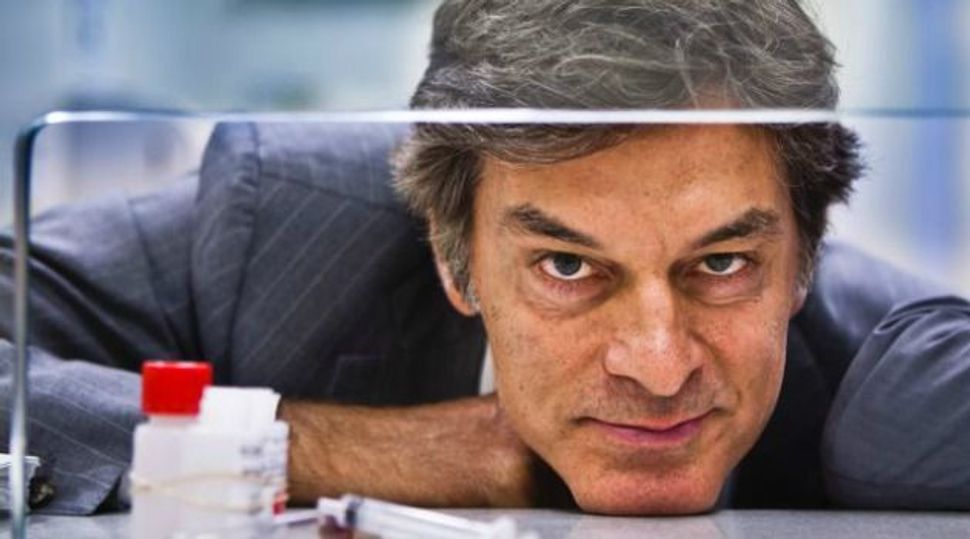 America’s best-known doctor, on his first trip to Israel, has this advice for the locals: Keep walking, but chill out.

“I think the Israelis have incorporated into their daily lives activities that make them healthier in general than many Americans, partly because they move themselves more,” Dr. Mehmet Oz, the daytime television talk-show star, told Haaretz in an interview. “They don’t rely on their cars solely, which is a major positive.”

Yet all the benefits of this ambulatory lifestyle, Oz warns, could be wiped out by the tendency he has observed of Israelis to stress out. “Living under constant stress, as you do here, can cause people to overeat and lead to obesity,” he noted during a short break following a tour of a drug rehabilitation center in Tel Aviv.

“What you people need is some good stress management tools. I just want to remind everyone in Israel that anxiety is not something that comes from outside – it comes from within. So no matter what the source of stress may be, it’s how we cope with it that determines our overall health.”

Oz, a practicing Muslim of Turkish heritage, is in Israel this week with his wife and four children on a trip organized and hosted by America’s celebrity rabbi, Shmuley Boteach, who runs a nonprofit group devoted to promoting Jewish values. Boteach also brought his family along for the trip.