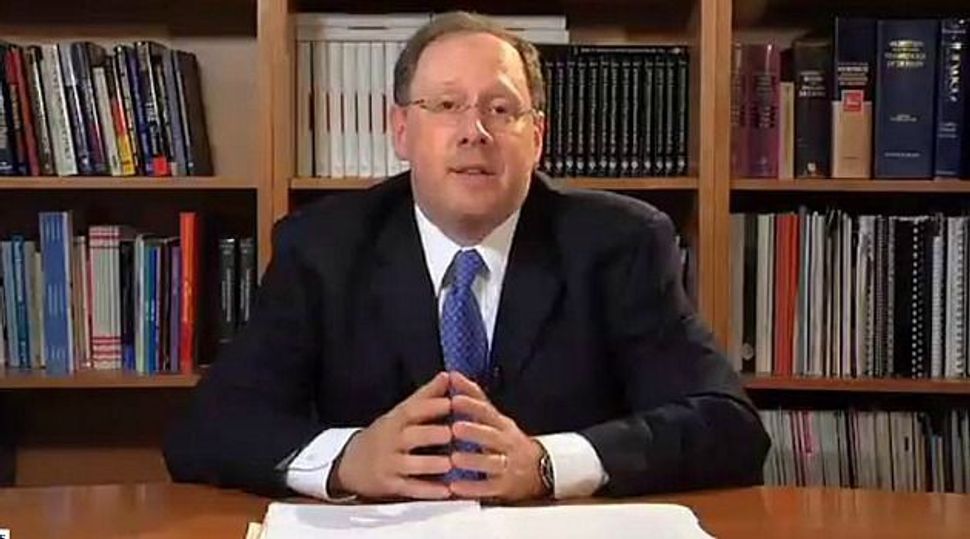 Rabbi Aaron Panken was elected president of The Hebrew Union College-Jewish Institute of Religion by its board of governors.

HUC, the international university and seminary for Reform Judaism, made the announcement on Wednesday.

Panken, 49, of Mamaroneck, N.Y., has taught rabbinic and Second Temple literature at HUC-JIR in New York since 1995. He has served as vice president for strategic initiatives, dean of the New York campus and dean of students.

As president, Panken will serve as the chief executive officer of HUC’s four campuses — in Cincinnati, Jerusalem, Los Angeles and New York.

Panken, the 12th president in HUC’s 138-year history, succeeds Rabbi David Ellenson, who served from 2001 to 2013 and is becoming chancellor.

“I am greatly honored to be called to serve as the president of HUC-JIR and to strive for ongoing innovation and creativity in strengthening our institution as the intellectual center of Progressive Judaism worldwide,” Panken said. “Our mission is to help our students grow into authentic Jewish thought leaders, able to articulate and advance their own visions of a rich Jewish life for a new and rapidly changing religious landscape.”

Panken was ordained by HUC in New York in 1991. An alumnus of the Wexner Graduate Fellowship, he earned his doctorate in Hebrew and Judaic studies at New York University, where his research focused on legal change in rabbinic literature.

He currently serves on the faculty for the Wexner Foundation and the editorial board of Reform Judaism magazine, and has served on the Rabbinical Placement Commission, the birthright Education Committee, the CCAR Ethics Committee, and in other leadership roles within the Reform movement.

“We are proud that Dr. Panken will be leading our institution,” Irwin Engelman, board chairman, and Martin Cohen, chair of the Presidential Search Committee, said in a joint statement. “He is a distinguished rabbi and scholar, dedicated teacher, and committed leader of the Reform Movement for more than three decades.”