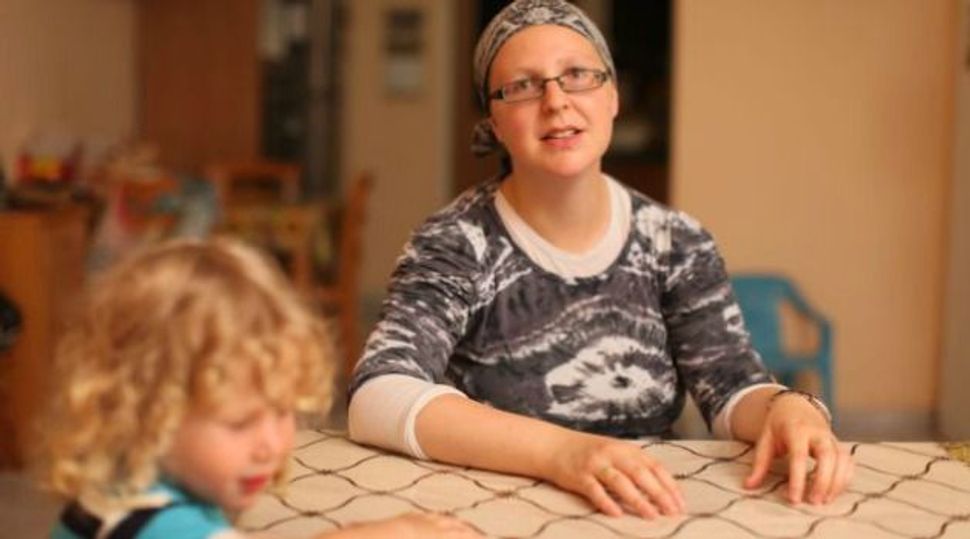 Not Defiant: Rachel Rosenfeld insists she was trying to move to the back of an Israeli bus when ultra-Orthodox passengers became enraged, sparking a mini-riot. Image by haaretz

The last thing that Rachel Rosenfeld expected when she arrived in Israel four weeks ago was to find herself at the center of an uproar around gender segregation on public transportation that would cause ultra-Orthodox protesters to smash bus windows in angry protests.

“It’s been a big shock that this little thing that happened to me expanded into a big story involving the police and newspapers and television news,” said the soft-spoken 27-year-old doctor, who is Orthodox, dresses modestly and covers her hair.

But that is precisely what happened after a couple who asked Rosenfeld, who comes from London, to move to the back of a bus travelling from Beit Shemesh to Bnei Brak was arrested.

Rosenfeld says it was the bus driver who decided to call the police, and who took action after Rosenfeld was asked repeatedly by a Haredi husband and wife to move to the back of the bus.

After initial hesitation, she had gone to the back willingly, contrary to what was widely reported in the Israeli media. “When I saw all of the news coverage, it was wrong. They said the couple forced me to go to the back and I wasn’t willing to go. That’s not what happened.”

It was only after police, responding to the bus driver’s call, stopped the bus and arrested the Haredi couple that rioters in Beit Shemesh started attacking buses – though not the one Rosenfeld was on, which was already far out of the city.