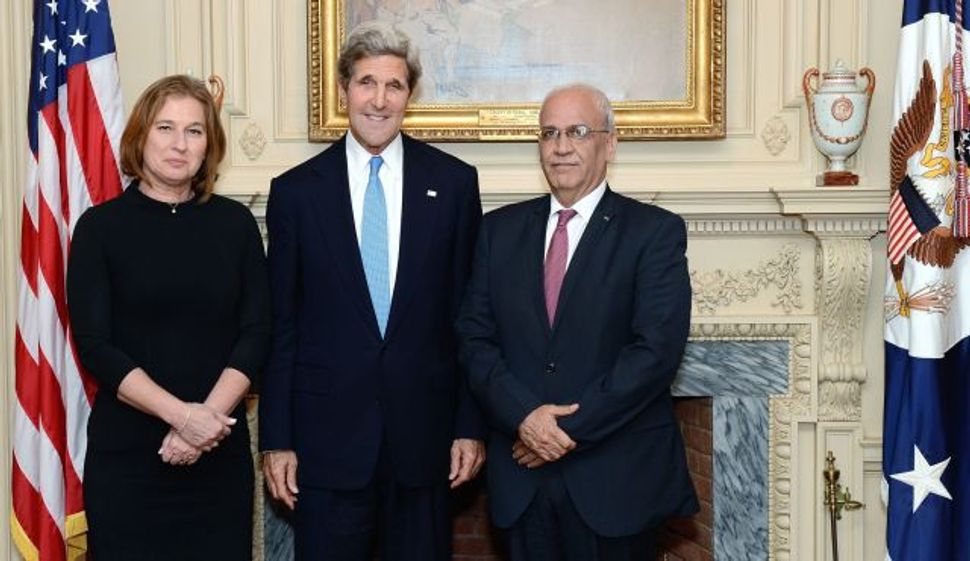 “Dear Martin, we definitely understand that Israel is concerned about its security. Fact. Our security coordination is praised by the Israeli military leadership. The truth? It’s somewhat flattering that the world’s fourth-largest military power, where every other citizen knows how to use a gun, is so afraid of us.

“We know we’re weak and – don’t tell the guys from the Abu Ali Mustafa Brigades or the Al-Aqsa Martyrs’ Brigades that I’m saying this – our pathetic military capacity won’t ever come anywhere near yours, Tzipi. So maybe you know something about your weakness that we don’t?

“It’s an interesting point – Israel’s internal weakness in the civilian domain due to its long-term reliance on military supremacy. Our colleagues in the sociology and psychology departments could probably develop the idea better than we can. Here we have to be more concrete.

“It’s inconceivable that during the negotiations we will allow military activities against your citizens, what you call terror attacks, right? We will make a 100-percent effort to prevent that, although it’s hard to guarantee 100-percent success. Who knows that better than you? Look how hard it is for you to prevent the ‘price tag’ terror attacks, or racist attacks against your Arab citizens.