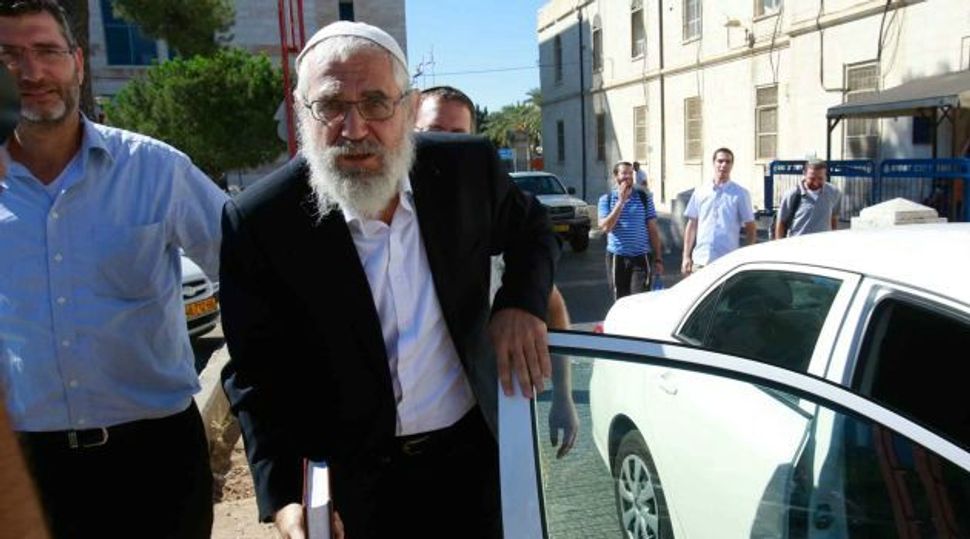 Guilty: Rabbi Moti Elon walks into a courthouse in Jerusalem. Image by haaretz

The Jerusalem Magistrate’s Court on Tuesday convicted Rabbi Moti Elon, a highly regarded figure in the Religious Zionist community, on two counts of forcible sexual assault against a minor.

Elon, the former head of Yeshivat Hakotel in Jerusalem, was charged last year with sexually assaulting two of his students in 2003 and 2005. The investigation against him began more than three years ago.

The first incident involved a student named B., who was 17-years-old at the time of the alleged assault. According to the indictment, The indictment states that Elon began to periodically touch B. inappropriately starting in December 2002,. Elon explained the contact as consoling his student, who had recently experienced a tragedy.

B. refused to testify during the trial, however, and the parts of the indictment involving the incident were stricken from the record.

The second incident, which took place two years later, involved another young man, A., who was also 17-years-old at the time. According to the indictment, A. was advised by his friends to seek guidance from Rabbi Elon during a personal crisis. Elon apparently sat next to A. in a way that made him feel uncomfortable, then proceeded to stroke his face, and other parts of his body, above his clothing.