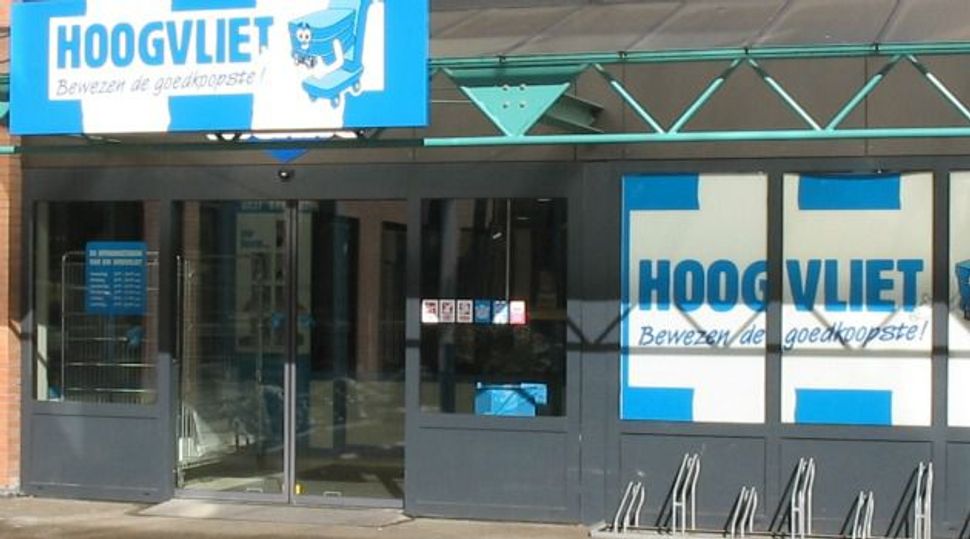 Two weeks ago, the Dutch public learned of what appeared to be an unprecedented victory for European advocates of boycotting Israeli products. Four major supermarket chains reportedly declared a boycott of products from the West Bank, eastern Jerusalem and the Golan Heights.

But the “victory,” as some activists in the Boycott, Divestment and Sanctions (BDS) movement called it, was short lived.

Days later, the international supermarket chains Aldi and Hema, along with the smaller Hoogvliet and Jumbo chains, distanced themselves from the boycott they were said to be enacting. According to the companies, the reports owed to a corporate error or inaccurate reporting.

Yet spokespeople for the four chains also acknowledged that their stocks currently include no products from Israeli settlements.

That allowed both Israel’s supporters and its critics to claim victory in a fight that is quickly spreading across the continent, as various European groups have sought to use their economic power as leverage to oppose Israeli settlements they consider illegal.

“The chains’ hurried about-face proves the failure of attempts by anti-Israel groups to single Israel out for criticism in the supermarket,” said Esther Voet, director of the Center for Information and Documentation on Israel, or CIDI, a pro-Israel lobby group based in The Hague.

But Sander Becker, a reporter for the Trouw daily, which broke news of the supposed boycott, said the affair may have exposed the existence of a “silent boycott” in which stores keep settlement products from the shelves but don’t admit to what they are doing.

Companies may “shun products from settlements while publicly claiming it’s because of ‘price, quality and availability’ — the three harmless [parameters] stipulated in statements by all the supermarket chains,” Becker said.

Becker’s report was based on a document published in April by a research agency called Profundo at the request of several Dutch NGOs critical of Israel.

A spokesperson for Profundo told JTA the report is accurate and that statements were based on answers to its questions. But a spokesperson for the Dutch subsidiary of Aldi, a German chain with stores in 18 countries, told JTA the statement on the boycott was “a false representation of reality” caused by “a mistake in the answers provided” to Profundo.

Aldi “has no policy on products from the West Bank and the Golan,” the spokesperson said.

“We have Israeli wines on sale, none of which are produced in the occupied territories,” a Hema spokesperson said.

Trade between Israel and the European Union totaled approximately $39 billion in 2011, with Israeli exports accounting for 41 percent of the total. Settlement goods constituted only “a small fraction” of the amount, according to the Irish government.

The limited availability of settlement products in Europe means that boycotting them would lead to little loss of revenue for Israeli companies. But even if not damaging economically, Jerusalem views the moves against the settlements with alarm, fearing their spread could lead to further isolation.

Yet Israel has been helpless to do much about it. Despite intense protests by senior Israeli officials, the labeling movement is spreading, even in countries that are traditionally sympathetic to Israel.

In March, the Dutch government advised local supermarket chains to label any product from the territories lest customers be “misled.”

Last month, the European Commission, a body of the European Union, issued new guidelines prohibiting its organs from awarding grants or other incentives to institutions and other parties from settlements.

The EU also is pushing through new rules to ensure products from the settlements are labeled as such. Some goods already are labeled in British, Danish and Swiss supermarkets.

EU foreign policy chef Catherine Ashton said the new rules will be released sometime this year. Boycotts by major retailers, however, are very rare in Europe. One exception — a move last year by Britain’s fifth-largest chain store, the Co-operative Group, to boycott goods produced in the settlements — caused an uproar.

But Pieter van Oordt, an importer of Israeli products to Holland, says the supermarket affair ultimately may benefit Israel.

“I don’t know what made the supermarkets declare a boycott, but I think their retractions are a reaction to a strong sentiment of popular discontent and a lot of angry emails,” he said. “I expect they’ll think twice next time around.”