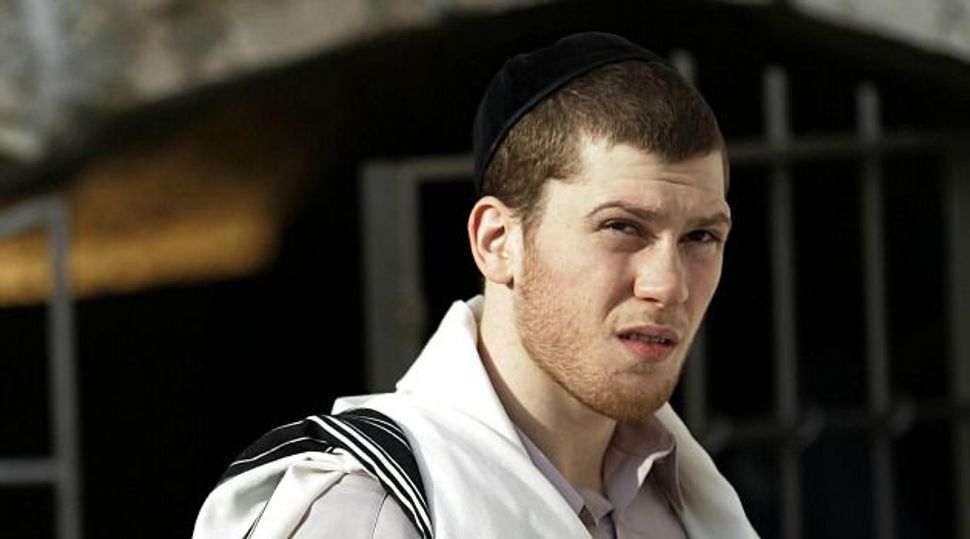 Orthodox Jewish boxer Dmitriy Salita said he will make aliyah at the end of his professional career.

On a visit to Argentina as part of fundraising activities for the network of Chabad-Lubavitch Jewish schools Oholey Jinuj, the Ukraine-born pugilist spoke with JTA about his future.

“I will make Aliyah with my family,” Salita told JTA Wednesday night during a gala dinner in Buenos Aires, after checking with his Israeli-born wife, Alona, to make sure he can go public with the news.

Salita has developed the “DS fitness program,” which includes training and self-defense techniques, as well as inspirational messages. In the future he said wants to teach and develop this program in Israel and perhaps collaborate with Jerusalem Boxing Club and Maccabi Tel Aviv training young Israeli boxers. He has started to teach with his personal method at the Gym Factory in Brooklyn.

Salita, who sports a Star of David on his trunks during boxing matches, told JTA that his loss to Amir Kahan to the world title in 2009 was a very sad moment. He traveled to Israel for first time two days after the fight. “I was at Yad Vashem. It was a very traumatic experience, but at the end of the museum you can see the wonderful sight of Israel. The message is that our people can recover that after the darkest moment… Israel is our light. I also feel that, I realize that after this hard defeat I need to do my best to come back and also that Israel is at the end of my journey” he told JTA.

The 2001 Golden Gloves Champion spoke at Wednesday’s dinner about his Judaism, his values, and his experiences as a boxer and an Orthodox Jew.

Salita, whose nickname is the “Star of David,” has fought more than 100 fights in his boxing career an amateur record of 59-5 and a professional record of 35-1-1 record. He lives with his wife Alona Aharonov and his two-year-old daughter Milaliah in New York, and trains in Detroit.