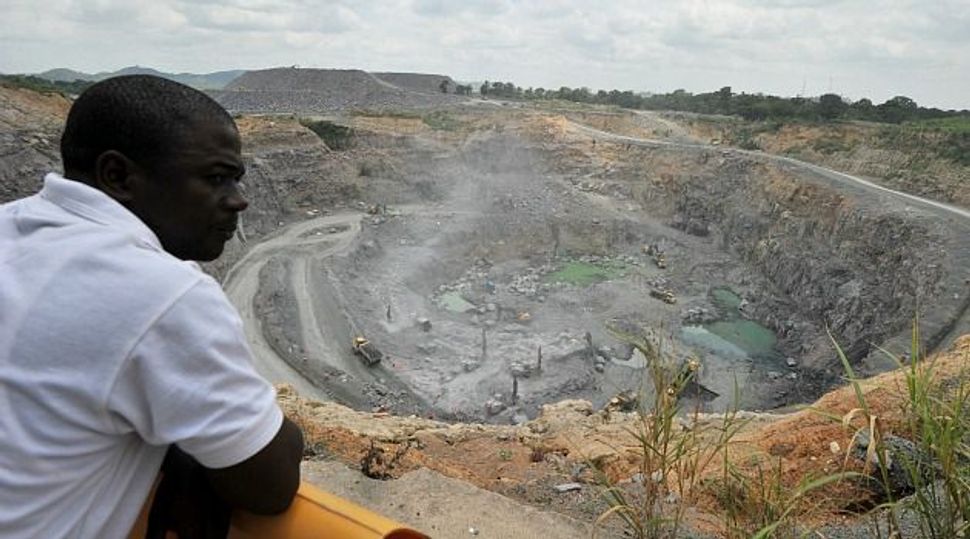 Guinea could void BSG Resources’ (BSGR) mining permits if corruption investigations in the West African nation and the United States lead to convictions, the head of a committee tasked with reviewing mining deals said.

BSGR, the mining arm of Israeli billionaire Beny Steinmetz’s business empire, is battling Guinea over the right to mine one of the world’s largest untapped iron-ore deposits, known as Simandou.

The Guinean government alleges that BSGR bribed officials and Mamadie Toure, the wife of former President Lansana Conte, to win permits, or titles, to develop the northern half of the deposit, an accusation the company has repeatedly rejected.

Two BSGR employees have been arrested by anti-corruption investigators in Guinea. A third man, named by Guinea’s government as an agent for the firm, was arrested and charged in the United States.

“If these allegations are confirmed either by our own hearings or the judicial proceedings under way in the United States, the process of acquiring these titles is invalidated,” Nava Toure, head of Guinea’s mining review committee, said.

“As such, the committee would have the necessary elements to be able to request … a cancellation of these titles,” he told Reuters on Wednesday.

The committee was set up by the government to review the legality of mining permits granted under longtime ruler Conte and the military junta that seized power following his death in late 2008.

It has made BSGR’s Simandou titles, under which the company is partnered with Brazilian mining group Vale, a priority for examination.

BSGR has accused the government of trying to use the process to confiscate its rights to Simandou.

“Today’s statement of intent from Nava Toure is a clear sign of the government’s total disregard for legal due process in this matter,” BSGR President Asher Avidan said in a statement.

“This change of tack from the government demonstrates their awareness of the weakness of their case against BSGR,” he said.

Avidan said the two men were being held illegally in “appalling conditions” and would not receive a fair trial in Guinea.

“These are the actions of a despotic regime. BSGR has never done anything wrong and will defend its interests including through international arbitration if necessary,” he said.

Frederic Cilins, a French national whom Guinea’s government says worked as an agent for BSGR, was arrested in the United States in April and charged with obstructing a criminal investigation, tampering with a witness and destruction of records.