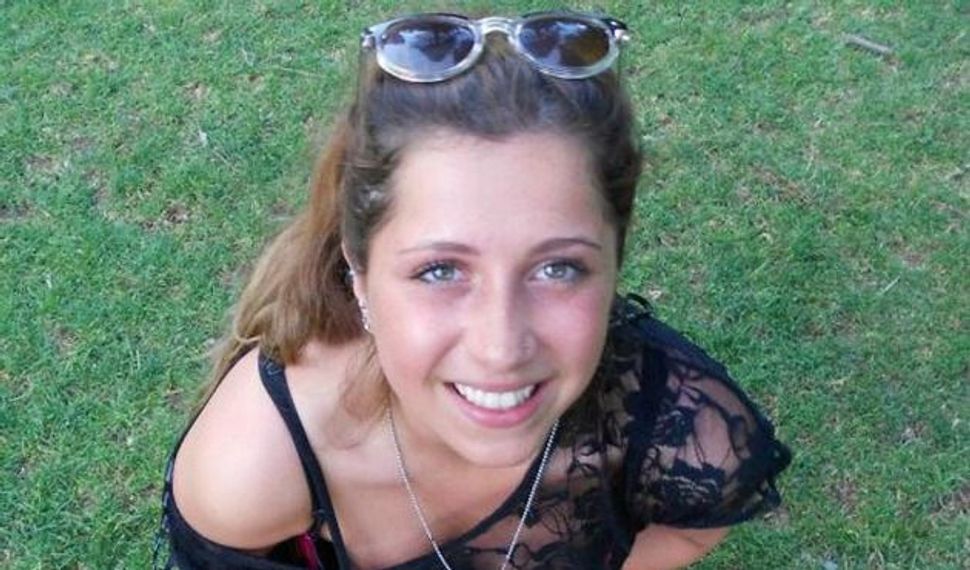 On the Mend: Kirstie Trup left the hospital after being treated for having acid tossed on her in the African island of Zanzibar. Her friend, Katie Gee, is still hospitalized in London.

One of the two British teenagers injured in an acid attack in the African island of Zanzibar was released from the hospital.

Katie Gee, whose injuries are more severe, will have surgery in the coming days.

The women, both 18 and from London, sustained injuries to their face, chest, arms and hands last week after two men on a moped threw acid at them in Zanzibar City, the capital of the island off of eastern Africa. They were in Zanzibar volunteering as teachers for the charity Art in Tanzania.

Gee suffered burns to 80 percent of her right arm and 50 percent of her torso, according to the Jewish Chronicle. The newspaper reported that Trup’s injuries were less severe because she ran into the sea after the attack.

Two suspects have been arrested and six others questioned. Zanzibar, a semi-autonomous archipelago, is part of Tanzania.