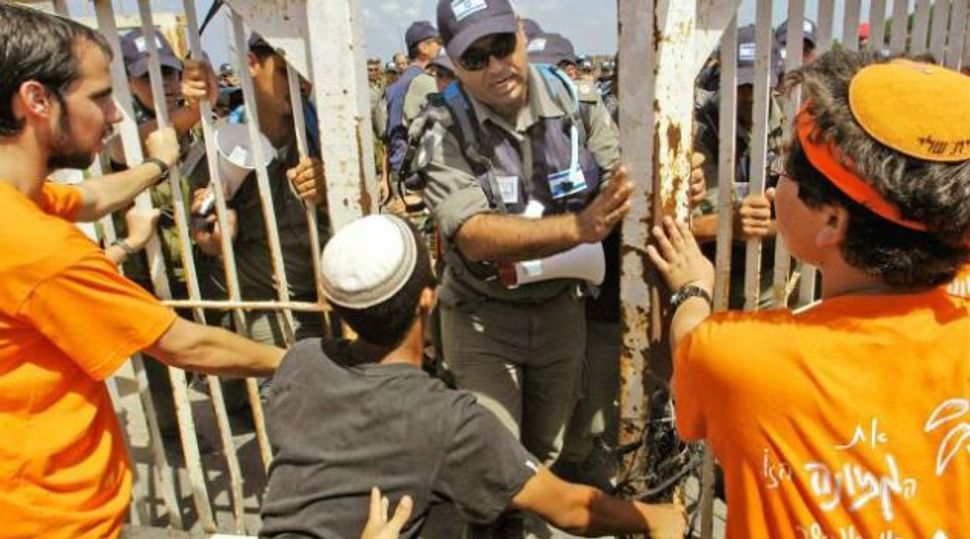 Eight years ago today, Israel forcibly began evicting Jewish settlements in the Gaza Strip as part of the unilateral operation that was known as the Disengagement.

The first of these settlements to be evicted was the small agricultural community of Morag which, on its last day, numbered 30 families.

I knew quite a few of the Morag residents personally and on the most basic human level, seeing them being removed from their homes that morning was heartbreaking. Of course it was a lot of manufactured drama; they had many months advance notice to leave and take advantage of the resettlement programs they were offered. It was their choice to remain there until the last day. They didn’t have to suffer the trauma of an Israel Defense Forces officer entering their kitchen during breakfast and ordering their children to leave. Part of me blamed them for doing that, but it was no less painful to watch.

The most poignant moment for me however was after the last settlers had been dragged out and put on the buses back to Israel. I went into the settlement’s small synagogue which had remained untouched.

Some of the men would be allowed back later to pack up the Torah scrolls and prayer books and on that early afternoon, the synagogue looked just like any other tranquil house of prayer waiting for a minyan of men to assemble for Minha. In the quiet that had descended on the settlement, I could easily imagine I was just the first early arrival and in a few minutes the rest would arrive.