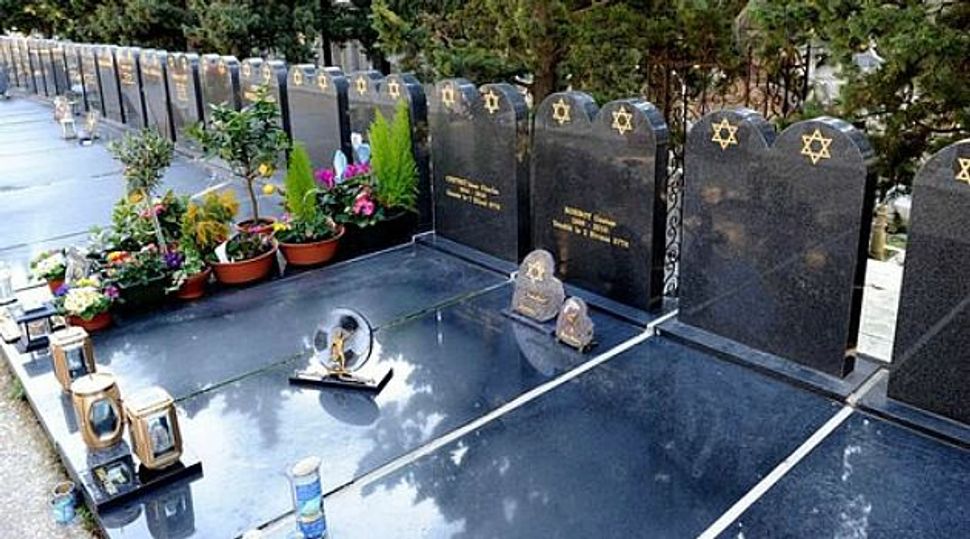 Grave Case: A rabbi in the French city of Marseille is denying a family?s claim that a Jewish burial authority tried to extort money to squeeze a grave into this cemetery. Image by courtesy of la provence

Marseille’s chief rabbi has denied allegations that his employees tried to extort illicit funds from a bereaved family.

The allegations were made in a complaint filed with police last week in connection with the passing of Jeannine Timsit, the La Provance Daily reported Tuesday.

Several of Timsit’s family members said that employees of the city’s Consistoire, the Jewish communal body responsible for providing religious services, including funerals, asked for a $9,100 kickback in exchange for burying her in a family plot at Saint-Pierre cemetery.

The family says the request was made hours after they had agreed to pay the Consistoire $1,300 for Timsit’s burial in a family plot next to other relatives.

Frederic Tismit, the woman’s grandson, told La Provence that the caretakers at Saint-Pierre added burial space in the family plot in 2012. But the Consistoire did not bury the deceased at the designated spot because the family would not pay the larger sum, the daily reported.

Timsit, who reportedly asked to be buried next to her husband, was buried elsewhere by the municipal burial service, in an area designated for Jewish burials by the Consistoire.

Ruben Ohana, the chief rabbi of Marseille, denied any irregularities. He said the family’s burial plot was full “and the Consistoire never promised to extend it. This would have meant an elevation, which is forbidden by Jewish ethics, unless I would have given permission, which I never have,” he told La Provence.

Ohana also said that $9,100 was a normal price for a Jewish burial, the daily reported.