Israel Launches Missile Into Syria In Retaliation for Shelling 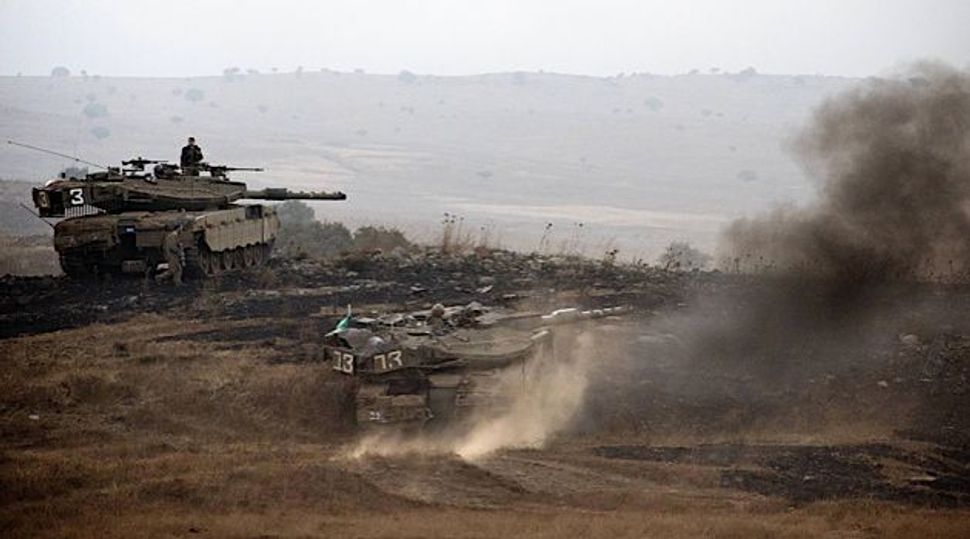 The Israeli army fired a missile into Syria after several shells fired from Syria exploded in northern Israel on the Golan Heights.

The missile, a Tammuz anti-tank guided missile, reportedly hit and destroyed a Syrian cannon from which mortars fired at Israel had originated. The cannon was located at a Syrian army post.

The mortar fire on Israel on Saturday landed in open areas and caused no injuries. It is not believed that the artillery was fired at Israel on purpose; rather that it is spillover from the current fighting in Syria.

The weekend incident was the eighth time that the Israel Defense Forces have fired a missile at Syria in response to shells and live fire from Syria on Israel.

Dozens of mortar shells have hit northern Israel since the beginning of Syria’s more than two-year civil war. At least 10 mortars from Syria landed in northern Israel last month.

Israel has filed numerous complaints over the cross-border fire with the United Nations Disengagement Observer Force, the U.N. peacekeeping force on the Golan Heights.

Over the weekend, at least 12 Syrians wounded in their country’s civil war were treated for their injuries in at least three different hospitals in northern Israel.

More than 100 Syrians have been treated in Israeli hospitals in recent months.

Israel Launches Missile Into Syria In Retaliation for Shelling