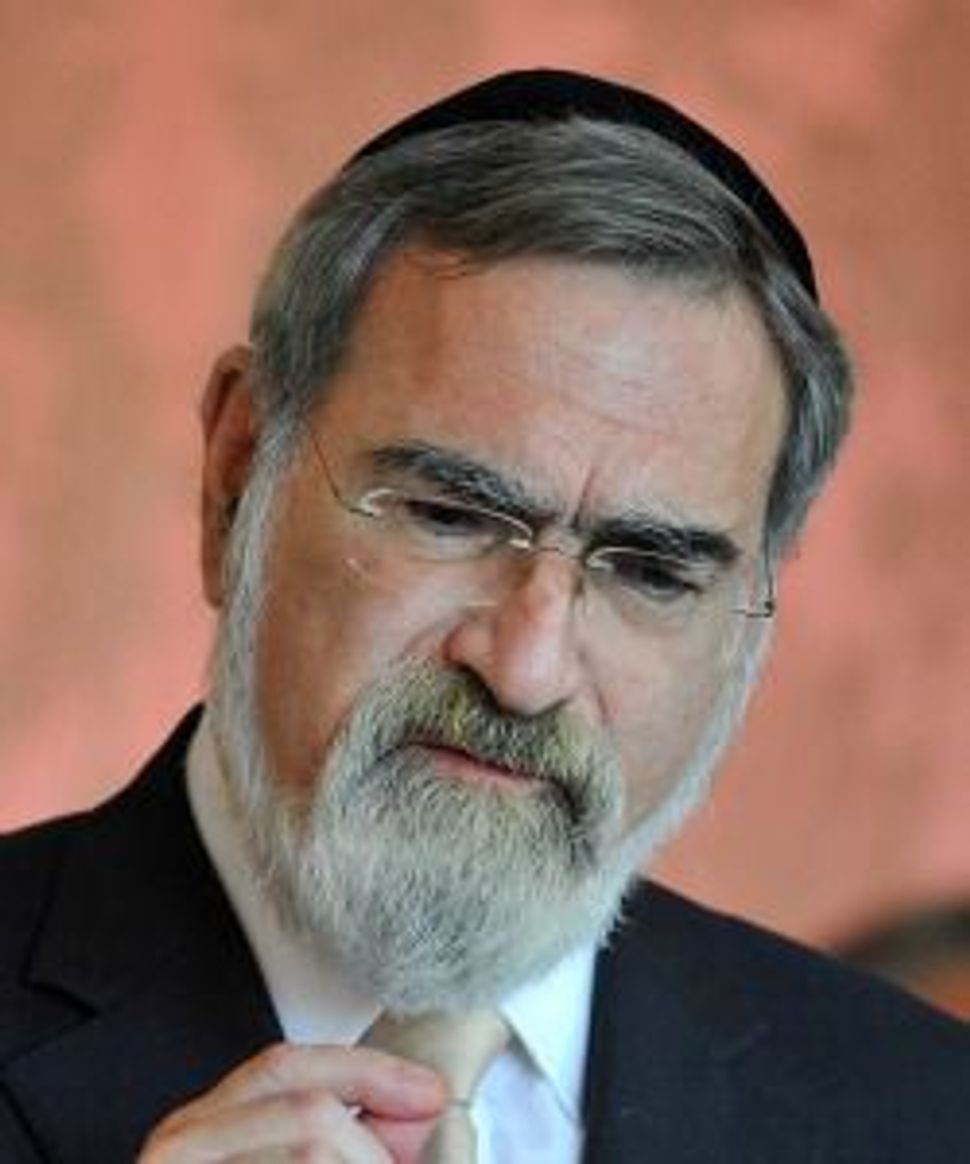 The outgoing chief rabbi of Great Britain, Lord Jonathan Sacks, criticized the British government in an interview with The Times on Monday, saying that Prime Minister David Cameron and his ministers have not done enough to encourage the institution of marriage, and also saying that multiculturalism has “had its day.”

Rabbi Sacks will be leaving his post at the end of the month after 22 years as chief rabbi. Rabbi Ephraim Mirvis is replacing him.

Sacks said “the government has [not] done enough at all” to encourage marriage, adding it should recognize marriage in the tax system, and also help stay-at-home mothers with childcare subsidies. “The state has an interest in marriage because the cost of family breakdown and non-marriage, the last time I looked at it, was estimated at £9 billion a year,” he said.

Another controversial subject Sacks addressed is multiculturalism in Britain, which he said “has had its day and it’s time to move on.” Sacks, the leading representative of the Jewish community, was referring to the sensitive issue of relations between another minority, British Muslims, and the rest of the country.

“The real danger in a multicultural society is that every ethnic group and religious group becomes a pressure group, putting our people’s interest instead of the national interest,” he said. He advised Muslims in Britain to learn from the Jewish experience of living as a minority in the country, saying that, “the lessons are — number one, you don’t try to impose your views on the majority population. Number two, you have to be what I call bilingual, you know you are Jewish and you’re English… because it forces you to realize that actually society and life is complicated. It mustn’t and can’t be simplified. Number three, there are times when it’s uncomfortable, when you realize there is such a thing as anti-Semitism. [Being] a minority isn’t always fun.”