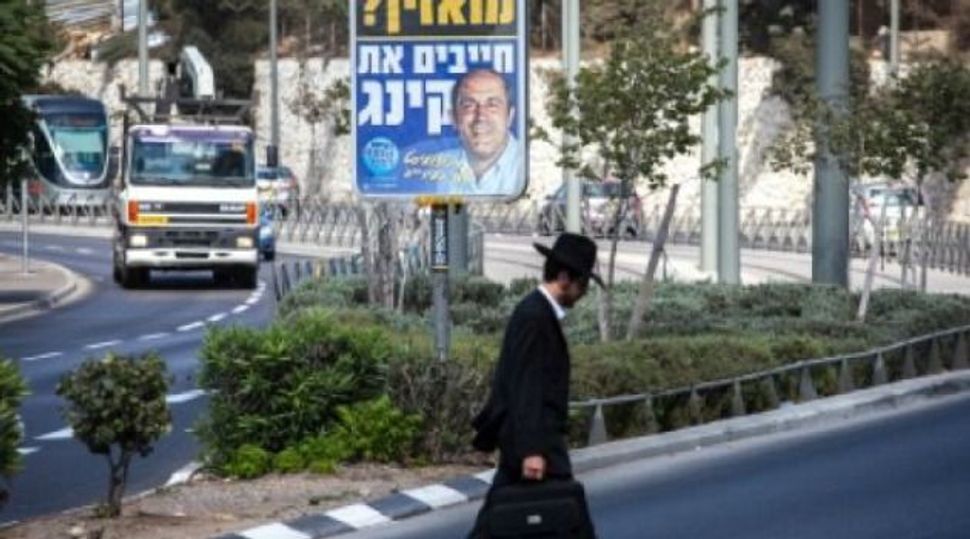 Right-wing activist Aryeh King is playing the race card in his campaign for Jerusalem city council, promising to clean the capital’s parks of Arabs and lower the volume on mosques.

The slogans on his campaign posters read along the lines of “Are you afraid in the park?” and “Muezzin cackling?” King, whose primary endeavor in recent years has been purchasing land settling Jews in Palestinian neighborhoods of East Jerusalem, has created a candidate list named the “seam neighborhood list,” which focuses on Jerusalem’s periphery neighborhoods.

Aside from making calls to improve cleanliness and quality of life services in these neighborhoods, King also wants to deal to the “problem” of Arabs in the western part of the city.

“The Arabs have no choice but to go west to the parks,” he said. “The result is that many families stay away from the parks. I have no problem with his, I live with Arabs, but many Jews do have a problem with it, and that’s understandable,” continued King.

According to King, part of the problem is the prohibition on drinking alcohol and socializing with women within the Arab community. “The Jews have alternatives and the Arabs don’t, so they come and do it in parks on the western side of the city. It’s no secret that there are abandoned parks in Neve Ya’akov, Pisgat Ze’ev, and Gilo. They’re abandoned because of the Arabs from the nearby neighborhoods.”