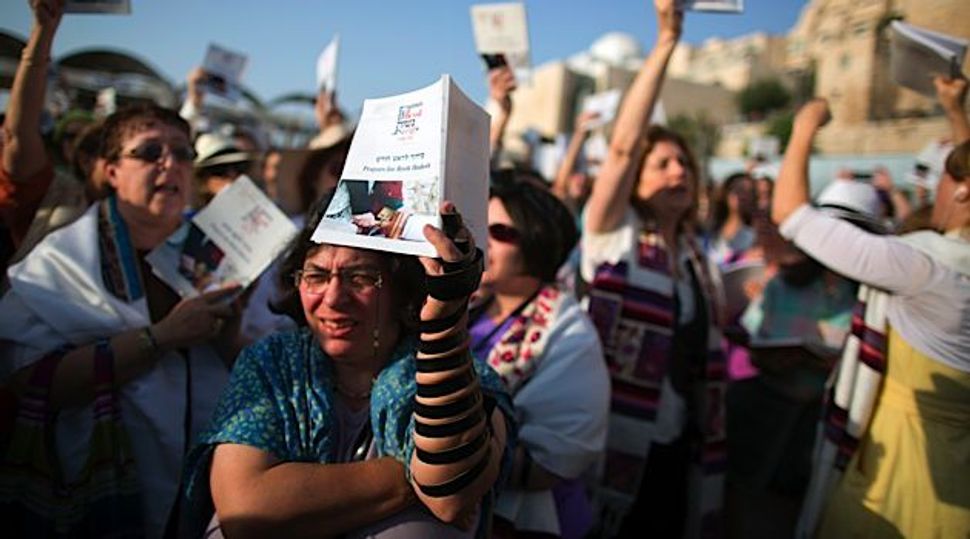 The Women of the Wall on Sunday launched a 24-hour sit-in at the Western Wall in protest against an impending plan to bar the group from praying as it sees fit at the holy site.

Israel’s cabinet secretary presented a plan on Sunday that aims to resolve the ongoing dispute over the rights of non-Orthodox Jews, including women, to pray at the Western Wall according to their customs.

The new plan, which was proposed by Cabinet Secretary Avichai Mendelblit, departs from Jewish Agency chairman Natan Sharansky’s proposal to set up a new space for egalitarian prayer services at the Western Wall, which won broad support from Jewish communities in Israel and the United States. It also effectively snubs a ruling from Jerusalem District Court Judge Moshe Sobel, which permitted the Women of the Wall to pray according to their custom in the existing women’s prayer section.

Mendelblit, who headed a committee tasked with ironing out the details of the plan, including setting a timetable for implementation, is expected to propose a 400-square-meter space for egalitarian worship, with no rabbinical supervision, at Robinson’s Arch. There women would be permitted to read from the Torah and wear prayer shawls.

The Women of the Wall, a group that has been waging a struggle for equal prayer rights, rejected the proposal outright.