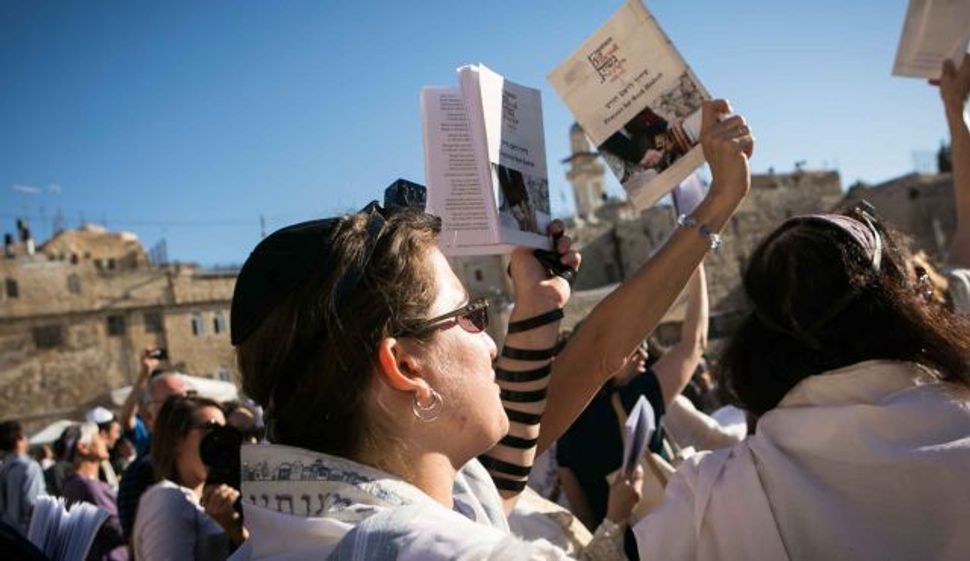 Religious Services Minister Naftali Bennett hailed Sunday’s completion of a large platform for non-Orthodox prayer at the southernmost portion of the Western Wall as a history-making event.

But the Women of the Wall, who have led the fight for non-Orthodox prayer at the Kotel, derided the new platform as “a sunbathing deck that overlooks the Western Wall from a distance.”

The 450-square-meter project stands in the archeological park in the area known as the Robinson’s Arch compound. Built at Bennett’s behest, it will enable non-Orthodox prayer services to take place 24 hours a day, 365 days a year. It will have its own ark with Torah scrolls and prayer books.

The State of Israel, Bennett said, would be “making history” by opening, under its auspices, a compound for mixed and egalitarian prayer services at the southern wall. Since 1998 there has been a prayer area at Robinson’s Arch that was basically run by the Masorti (Conservative) Movement, but it was small and open for only limited hours.

But something else that had been expected Sunday did not happen: The committee headed by Cabinet Secretary Avichai Mandelblit did not present its expected recommendations for a comprehensive solution for prayer at the Kotel, given the complex challenges posed by the demands of the Women of the Wall, a group that is demanding the right to pray in its fashion – singing out loud while wearing prayer shawls and tefillin – at the Western Wall itself.

The Women of the Wall strongly denounced any attempt to mix up the two issues, reiterating that its struggle was to be allowed to pray in the main women’s section of the Kotel, not off to the side.