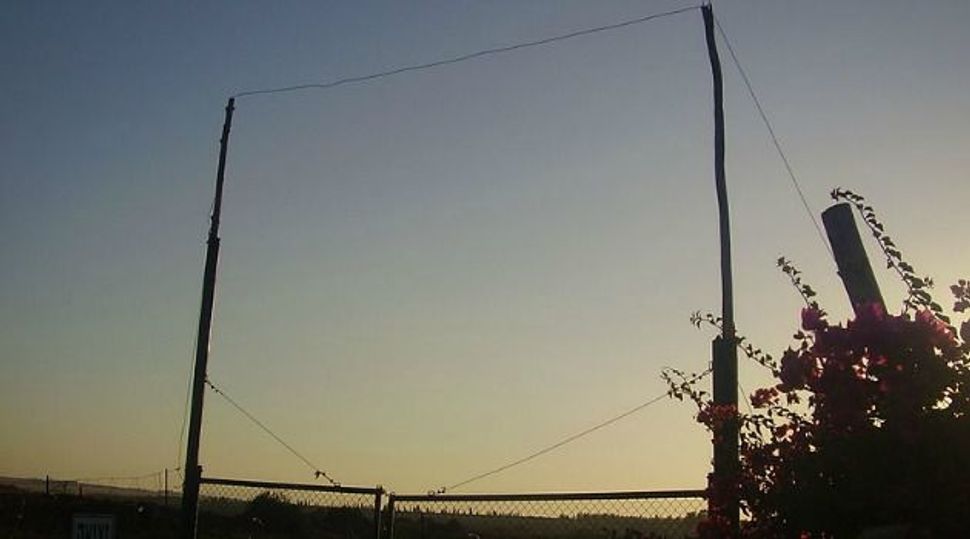 A group trying to have an eruv built in Long Island’s Hamptons filed a federal lawsuit after having its bid quashed by a zoning board.

The East End Eruv Association filed its suit Tuesday in Brooklyn District Court against the Township of Southampton and the Southampton Zoning Board of Appeals. Last month, the zoning board denied the construction of the eruv, an all-but-invisible enclosure that allows Sabbath-observant Jews to carry items or push strollers outdoors.

The complaint says that without the eruv, it becomes impossible for observant Jewish residents to carry common objects such as “books, food, water, house keys, personal identification, prayer shawls and reading glasses” on the Sabbath. The association alleges that the zoning board’s rejection of the eruv is tantamount to discrimination. It accuses the board of being “motivated by discriminatory intentions and animus towards observant Jews.”

The zoning board had ruled that the eruv — PVC poles on 15 of Southampton Township’s telephone poles — would “alter the essential character of the neighborhood.”

In addition, the board took theological issue with the concept of the eruv itself, calling it a “loophole” that is “motivated by the personal desire … to be freed from the proscriptions of Jewish law,” the New York Post reported.

The association’s lawsuit demands that the court find the zoning board ruling “arbitrary and capricious,” and that the association be paid for the cost of the eruv’s installation and “further relief as the Court deems appropriate,” according to the text of the complaint.