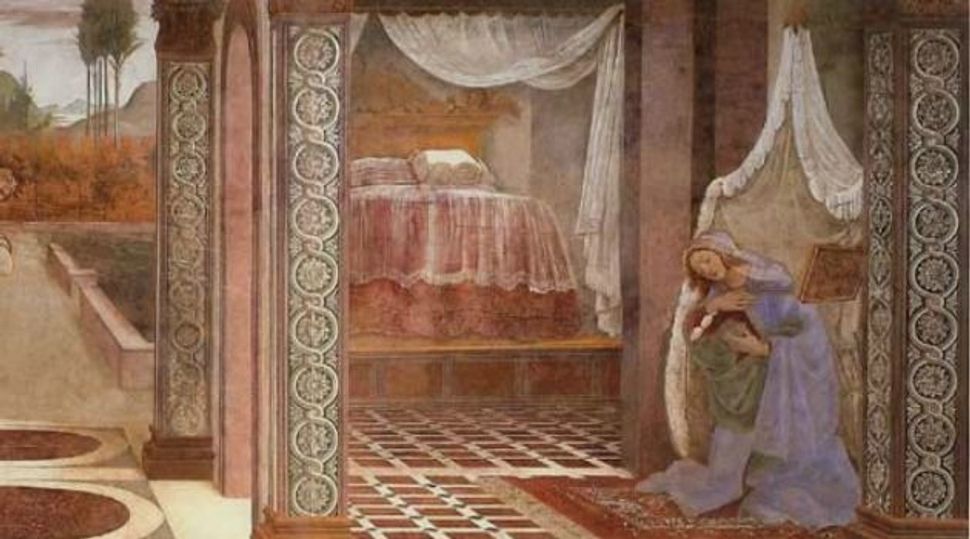 Italy is giving Israel a Rosh Hashanah present – the loan of a masterpiece by the 15th century Renaissance painter Sandro Botticelli.

The Italian Culture Ministry announced that Botticelli’s fresco “The Annunciation of San Martino alla Scala” is being taken to Israel, where it will be displayed at the Israel Museum in Jerusalem for several months, starting Sept. 17.

The loan has been organized by the Uffizi gallery in Florence, where the painting is conserved, and the Italy-Israel Foundation for Culture and the Arts.

A statement on the culture ministry’s website quoted the foundation’s director as saying Italian Culture Minister Massimo Bray will travel to Jerusalem for the inauguration of the exhibition, which also will be attended by Israeli Culture Minister Limor Livnat.

The Annunciation is a huge fresco painted by Botticelli in 1481 on a wall at the hospital of San Martino alla Scala in Florence. It was removed from the wall there in 1920 and transferred to the Uffizi, where it underwent restoration.