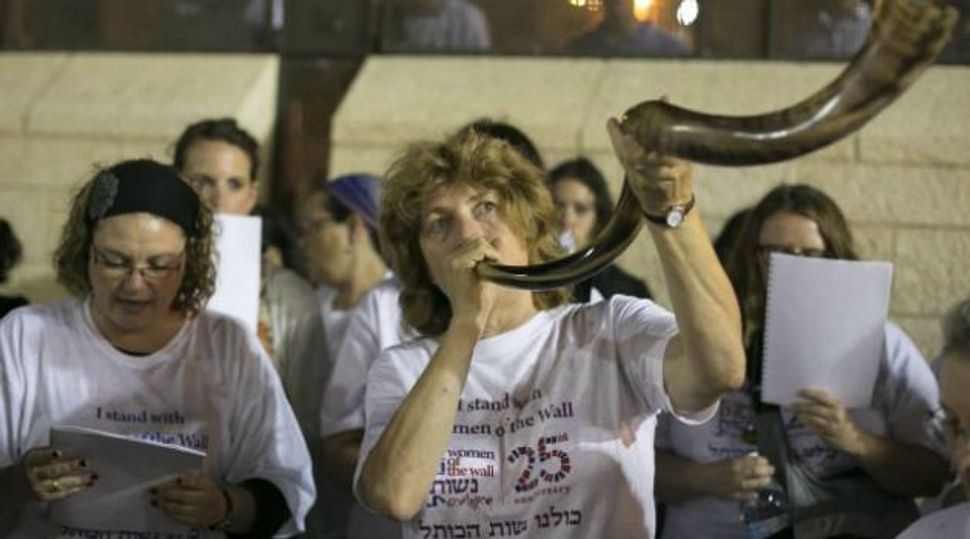 It was a first in quite some time: The Women of the Wall held a prayer service at the Western Wall and got to worship, sing and even dance at the holiest site in Judaism largely unperturbed.

Unlike their controversial “rosh hodesh” service marking the start of each new month in the Jewish calendar, the women gathered late Sunday night to say Selichot prayers, which are traditionally said in the lead-up to the High Holy Days.

Given that the women were neither unfurling a Torah nor wearing tallits (prayer shawls) and tefilin (phylacteries), leaders of the Haredi community reportedly decided they would not send out legions of young religious women to block their access as they did at the last two prayer services.

While the Women of the Wall stood at the back of the women’s side of the Western Wall plaza, singing the words of age-old prayers asking God for forgiveness, streams of Orthodox teenagers and women filtered by on their way to and from the wall. Some stared, some sneered, some snapped photos on their smartphones as if happening upon an odd and exotic tribe.

Few of these stopped to say or shout anything at the group of about 80 worshippers connected to Women of the Wall. One aging ultra-Orthodox woman, after quizzing a member of the group about their “unusual” choice of prayer in unison and blowing of the shofar, shrugged: “Alright, then. May you all have a good year.”