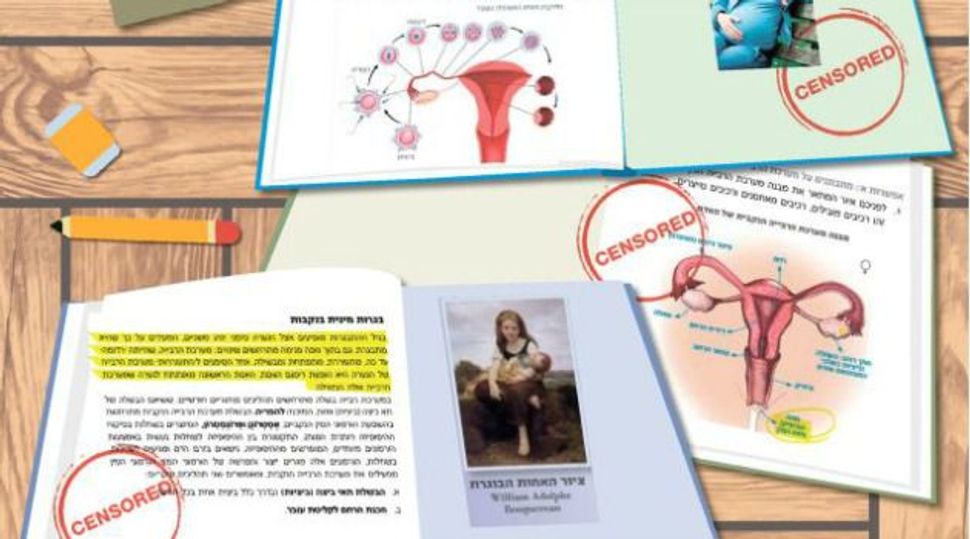 The Education Ministry has asked textbook publishers to eliminate chapters on human reproduction, pregnancy prevention and sexually transmitted diseases from science textbooks used in state religious junior high schools as well as from their teacher manuals, Haaretz has learned.

Several publishers have already started making the changes, which were requested in late June. The revised textbooks will be sent to the ministry for approval in the coming weeks.

Publishing sources said that, after they had agreed in principle, the ministry began requesting additional changes, such as eliminating any reference to the female body throughout the book, softening any text or image liable to offend religious sensibilities and using examples more suitable to a religious lifestyle. As a result, one publishing executive said, some publishers who originally agreed to make the revisions changed their minds after realizing their scope.

The ministry requested the changes at the urging of officials in the state religious school system. “The ministry capitulated to one of the most extremist factions of the religious public,” one publishing executive charged. Another said the changes resembled those demanded by ultra-Orthodox schools.