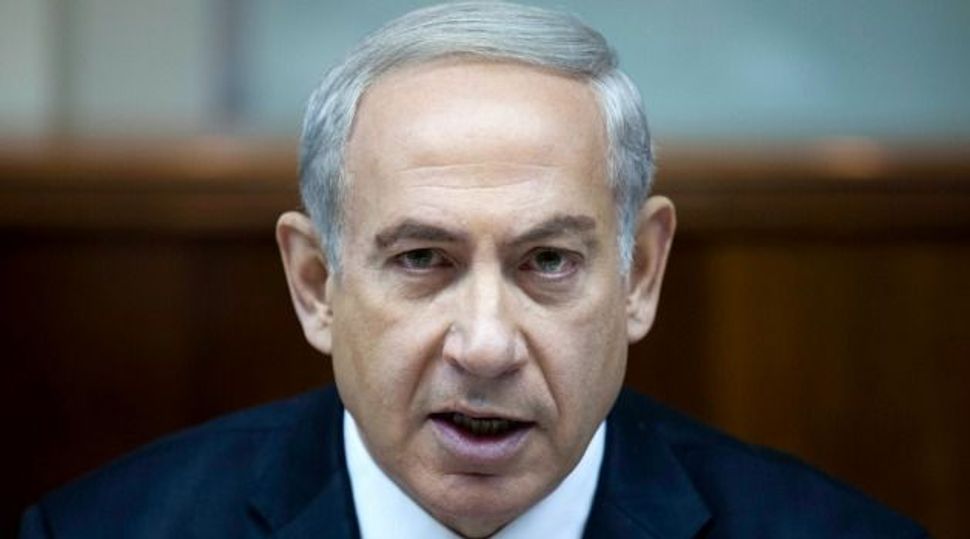 “Jewish unity is a major source of our collective strength, and together, no challenge is too great,” the Israeli prime minister said in a message to Diaspora Jewry released Wednesday, erev Rosh Hashanah, on YouTube.

Netanyahu reflected on many Israeli achievements in the last year, including the recent launch of a communication satellite and other advances in technology and innovation.

He pointed out that while the rest of the Middle East is experiencing “unprecedented turmoil, violence, extremism,” Israel held democratic elections and formed a new government.

Netanyahu said that Israel seeks to “advance peace with the Palestinians while maintaining our security and ensuring that the peace will be a real and enduring peace. Not a ceremony, not an agreement that we celebrate for two minutes and then collapse. We want a real, genuine and enduring peace and this must be anchored in recognition of Israel as a Jewish state and in our security.”

He added that Israel is following the developments in Syria “very closely,” and that “if it is necessary, we will act with resolve to protect our people.”

He also called Iran’s pursuit of nuclear weapons “a great threat to Israel, to the region, to the peace of the world.”