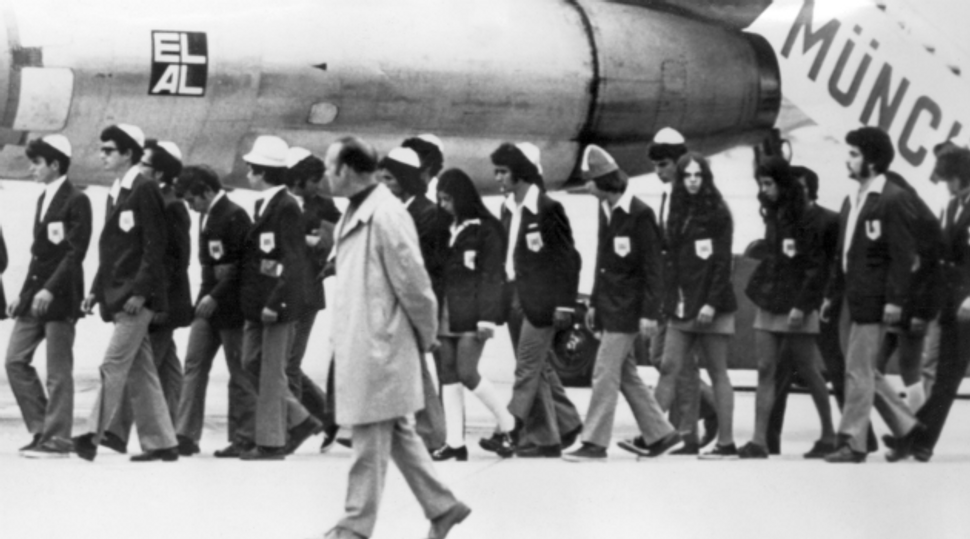 We Are All Munich: The world was united in mourning the victims of the 1972 Olympic massacre. Image by getty images

Plans for a memorial in Munich to 11 Israelis and a German police officer murdered at the 1972 Summer Olympics there were unveiled.

Wednesday’s news conference at the Bavarian Ministry of Education and Cultural Affairs announcing plans for the memorial took place a day before a ceremony in Israel marking the 41st anniversary of the attack by the Palestinian terrorist group Black September.

The planned hall of remembrance is slated to be built near the site that housed the games and will cost 1.7 million euros (approximately $2.25 million). It will allow visitors to learn about the events and the victims — 11 Israeli athletes and coaches along with the police officer — as well as to view the site of the the failed rescue attempt at the Furstenfeldbruck airfield. Ultimately the airport’s tower will be included in the memorial. The memorial is scheduled to be completed by 2016.

“We must not forget the victims,“ Bavarian Minister of Education and Cultural Affairs Ludwig Spaenle said at the news conference.

The memorial was designed by a team under the auspices of the ministry in consultation with relatives of the victims, the consul general of Israel, experts from the concentration camp memorial at Flossenburg, the Jewish Museum in Munich and the Bavarian State Ministry for Political Education.

Spaenle said it also will attempt to address questions about the impact of the attack and the importance of remembrance.

According to a statement from Spaenle’s office, Israeli Foreign Ministry department manager for Western Europe Ilan Ben Dov called the 1972 attack “a trauma for my entire generation.”

“Every Israeli group that comes to Germany as part of a youth exchange and educational cooperation should visit this site,” Ben Dov said in the statement.

As the ceremony in Israel coincides with the Jewish New Year, representatives of Germany’s Jewish community will not be able to attend. But Charlotte Knobloch, head of the Bavarian Jewish community and of its Munich branch, issued a statement on Wednesday praising the memorial effort and the importance of remembering an “attack on all proponents of open, liberal and democratic society.”

Naming all the victims, Knobloch also thanked the state of Bavaria and Germany as a whole for “their recent efforts to ensure a transparent explanation of the events of 1972 and to answer the last remaining questions from family members and Israeli authorities, in cooperation with them.”