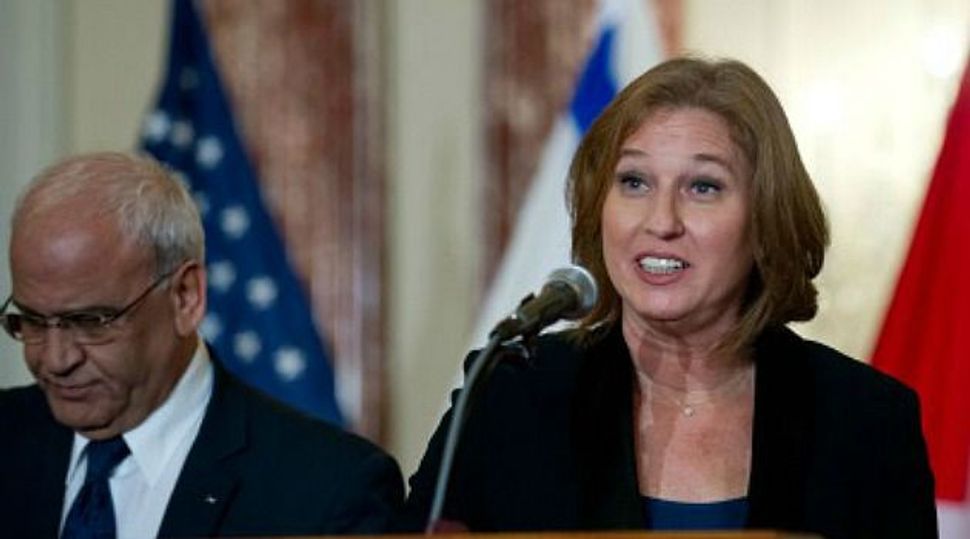 Israel has remained silent in the face of a deluge of Palestinian leaks that reportedly outline Israel’s positions in the six rounds of talks held over the last month. According to a report by the Associated Press, Israel suggested the establishment of a Palestinian state with temporary borders, covering 60% of the West Bank.

When talks were launched in Washington at the end of July, both sides committed to not leaking reports on the contents or even the dates of their meetings. According to the agreement made with U.S. Secretary of State John Kerry, only the American side would disclose any details relating to the negotiations.

In contrast, the last 24 hours have seen at least four reports on details of the talks, coming from senior Palestinian officials, both unnamed and named.

Israel has proposed leaving intact dozens of Jewish settlements and military bases in the West Bank as part of a package to establish a Palestinian state in provisional borders, a Palestinian official told The Associated Press on Wednesday.

The Palestinian team said such a proposal is unacceptable. “We said ‘Let’s agree on a state based on the 1967 borders first, and then we can agree on having this state in phases.”