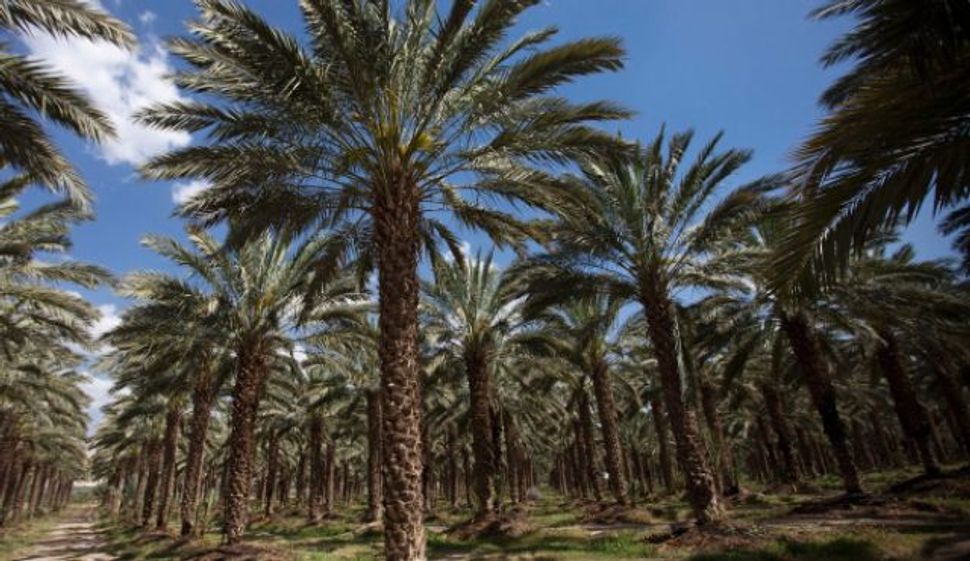 A date palm orchard in the Jordan Valley. Palestinian farmers are not allowed onto their lands between the border fence and the Jordan River. Image by Haaretz

An internal Civil Administration document confirms a Haaretz report that the World Zionist Organization has allocated to settlers in the Jordan Valley more than 5,000 dunams (1,235 acres) of private Palestinian land located east of the border fence, namely, between that fence and the actual border with the Kingdom of Jordan.

This area between the border fence and the actual border — the Jordan River — is a closed military zone that in some places is two kilometers wide. A military order prevents the Palestinian owners from accessing their lands in this area. On the other hand, Jewish settlers are allowed to farm the lands.

In January, Haaretz reported that under the aegis of this order, the WZO had allocated to settlers in the Jordan Valley over 5,000 dunams of private Palestinian lands. Following this report, the Civil Administration began to investigate how this situation had come about and how much land had been allocated in this manner.

The documents that have come into the possession of Haaretz indicate that following the June 1967 Six-Day War and after the border fence was completed, Palestinians continued to farm their lands located close to the border. But following a number of incidents in which Palestinian farmers in this area helped infiltrators to cross the border into Israeli-controlled territory, the entire area was declared a military zone. Several Palestinians who owned plots in the area submitted applications requesting permission to farm their lands; however, their requests were denied.