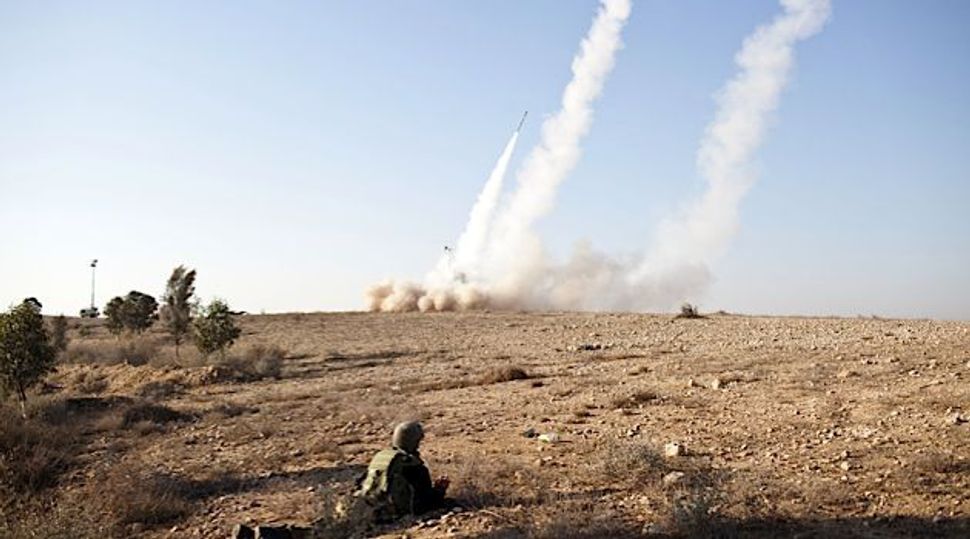 An Iron Dome anti-missile defense system was positioned in the Jerusalem area, reportedly for the first time.

The deployment came on Sunday, according to international news agencies, which also showed photos of the battery in place.

The Israeli military did not comment on its decision to locate the system near Jerusalem.

“The army will not discuss its air-defense assessments,” an Israel Defense Forces spokesman said in a statement. “Our defenses have spread out over different areas according to situational assessments.”

Two rockets landed in nearby Gush Etzion during the Gaza Operation Pillar of Defense last November.