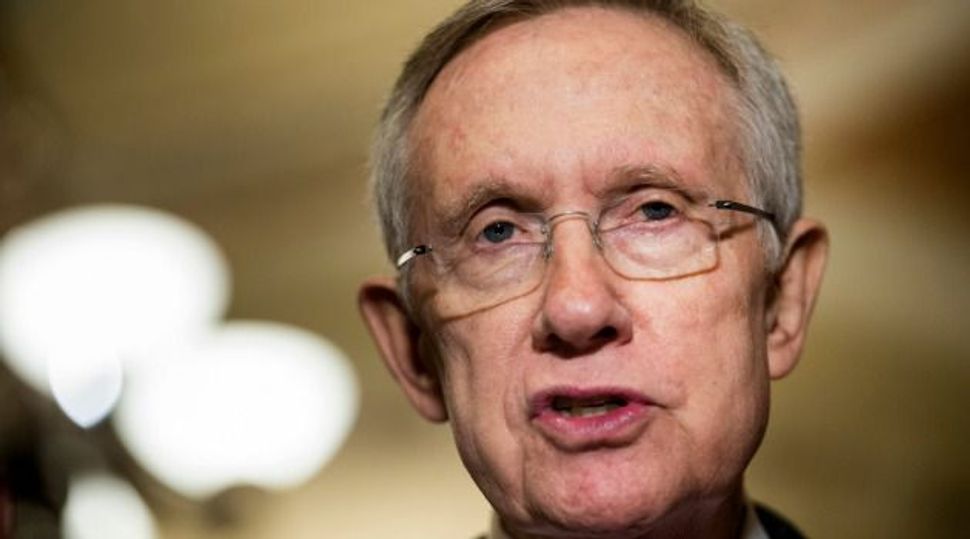 “Millions and millions of civilians and prisoners of war were murdered by gas in Nazi death camps, Treblinka, Auschwitz. ‘Never again,’ swore the world. Never again would we permit the use of these poisonous weapons of war,” Reid (D-Nev.) said during debate on the Senate floor on Monday, The Hill reported.

Reid is working to convince at least 16 Republican senators to vote for a resolution authorizing a U.S. military strike against Syria in retaliation for an alleged chemical attack last month in north Damascus that killed more than 1,000 people, including hundreds of children.

The Nevada lawmaker also cited an inscription found on the wall of the U.S. Holocaust Memorial Museum from Dante’s “Inferno.”

“The hottest places in hell are reserved for those who, in times of great moral crisis, maintain their neutrality,’” he told the Senate Foreign Relations Committee.