On 12th Anniversary, Americans Honor Those Killed on 9/11 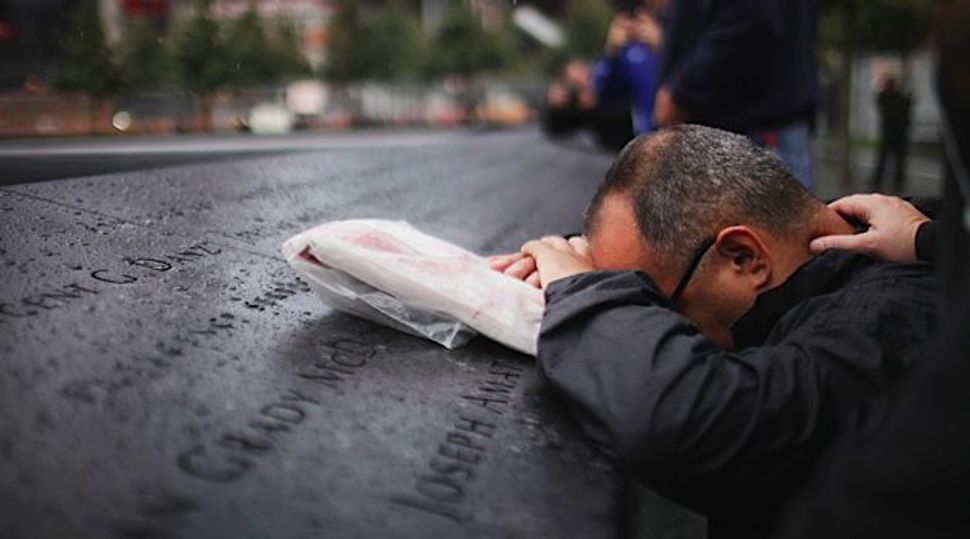 Remembering: The list of those killed on 9/11 will be read aloud at Ground Zero. Image by getty images

Americans will commemorate the 12th anniversary of the Sept. 11 attacks with solemn ceremonies and pledges to not forget the nearly 3,000 killed when hijacked jetliners crashed into the World Trade Center, the Pentagon, and a Pennsylvania field.

The 12th anniversary on Wednesday may not capture the same attention as others, such as two years ago, when the 10th anniversary was also the first following the death of Osama bin Laden from a May 2011 raid by U.S. forces in Pakistan.

New York City, still scarred from the attacks that brought down the Twin Towers, will repeat the ritual of reading of the names of the 2,983 people who died at the World Trade Center, the Pentagon and a field near Shanksville, Pennsylvania.

Nineteen hijackers also died in the attacks later claimed by bin Laden and al Qaeda, leading directly to the U.S. war in Afghanistan and indirectly to the invasion of Iraq.

A citywide moment of silence will be held at 8:46 a.m. (1246 GMT) in observance of the time American Airlines Flight 11 crashed into the North Tower, followed by another at 9:03 a.m. (1303 GMT) when United Airlines Flight 175 struck the South Tower.

The ceremony will be held at the National September 11 Memorial plaza, where two reflecting pools mark the footprints of the original Twin Towers.

Two skyscrapers are nearly completed on either side of the plaza, including One World Trade Center, the tallest building in the Western Hemisphere at 1,776 feet (541 meters). There are plans for two more very tall buildings at the site plus a museum, still under construction beneath the reflecting pools, and a grand entrance to a functioning transportation hub.

In Washington, President Barack Obama will attend a Pentagon ceremony with Secretary of Defense Chuck Hagel and Chairman of the Joint Chiefs General Martin Dempsey. The private ceremony at the Pentagon Memorial includes a wreath-laying and is for family members of those killed in the attack.

Hagel and Dempsey will attend a second ceremony later in the Pentagon’s center courtyard.

At the Flight 93 National Memorial in Pennsylvania, the National Park Service was holding a groundbreaking for the visitor center on Tuesday and a memorial service on Wednesday starting at 9:45 a.m. that will include a reading of the names of the Flight 93 passengers and crew, a ringing of bells, a wreath-laying, and brief remarks.

A number of cities will hold ceremonies including 21-gun salutes, moments of silence, and memorial services on Wednesday to remember those who lost their lives including the police officers and firefighters killed working to save the victims of the attacks.

The website 911memorial.org is encouraging classroom discussions, service projects, and other commemorative acts.

On 12th Anniversary, Americans Honor Those Killed on 9/11