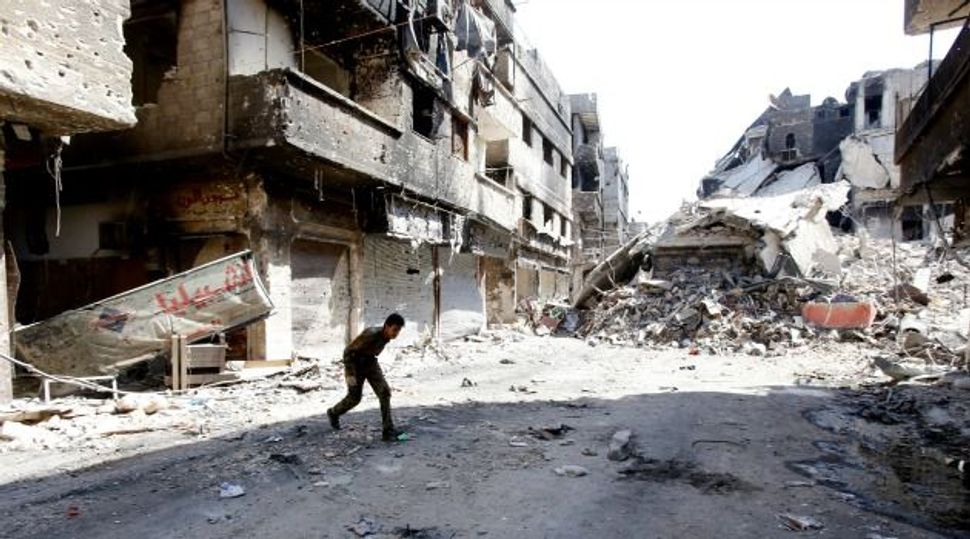 JERUSALEM — Syrian President Bashar Assad said Israel should be required to get rid of its weapons of mass destruction, including chemical weapons.

“If we want stability in the Middle East, all countries should adhere to agreements and the first country to adhere to the agreements should be Israel because Israel has nuclear, chemical, and biological weapons and all types of weapons of mass destruction,” Assad said Thursday in an interview with Rossiya 24, a Russian state-run television network.

“When we proposed a project to liquidate stores of weapons of mass destruction in the Middle East, the United States impeded the project. One of the reasons was to allow Israel to have such weapons,” Assad asserted in the interview.

Assad also said during the interview that the Syrian rebels may use chemical weapons against Israel as a provocation, a rumor that has been circulating in the Russian media, according to the Russian news service Interfax.

“Everyone knows that these terrorist gangs and those who run them are trying to incite an attack by the United States. They previously tried to involve Israel in the conflict in Syria,” Assad said.

Assad told Rossiya 24 that Syria has agreed to put its chemical weapons stockpile under international control in deference to Russia and not because of the threat of a military strike by the United States.

The plan was initiated to avoid a military strike on Syria in retaliation for an alleged chemical gas attack on Syrian citizens by the Syrian military last month which left more than 1,000 civilians, including hundreds of children, dead.