Israelis Brace Themselves For Fast During Heat Wave 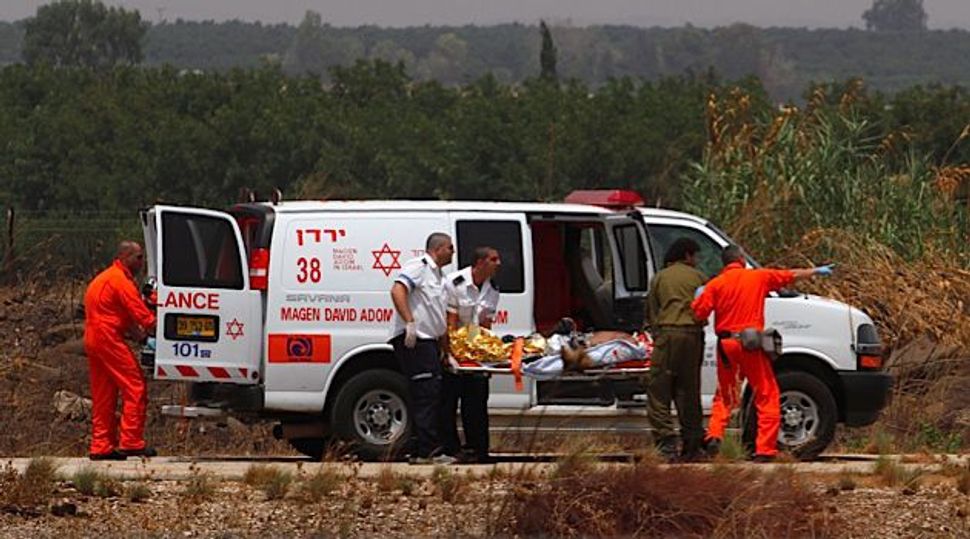 Israelis are bracing themselves for an especially hot Yom Kippur, with temperatures rising Friday to over 40 degrees in the Golan Heights and Lake Kinneret region. In the Dan region the mercury will rise to 34 degrees with relative humidity of 50 percent. Jerusalem will see 36 degrees. Saturday, the day of the fast, will be only slightly cooler, possibly one degree less in most of the country – and it will continue to be hotter than usual.

Magen David Adom will be at a record level of preparedness because of the heat and will be adding on duty medics and ambulances all over the country. For the first time, Magen David Adom will place medics with resuscitation equipment in some synagogues. The preparedness is a lesson learned from previous years, when an average of 2,000 people needed treatment during the fast day. Some 200 of them were children who were injured on the roads while riding bicycles, skate boards and roller skates.

Magen David Adom has called on the public not to interfere with its ambulances on the holy day. They also recommend drinking large amounts of water before the fast – and to reduce consumption of caffeine and sweetened drinks. The sick, elderly and pregnant women are advised to consult their doctors before fasting.

The West Bank was placed under closure starting at midnight this morning and will end at midnight Saturday night. The IDF Spokesman said that the only ones who will be allowed to enter Israel during the closure, requiring approval of the IDF’s Civil Administration, are doctors and people approved for humanitarian reasons.

Israelis Brace Themselves For Fast During Heat Wave