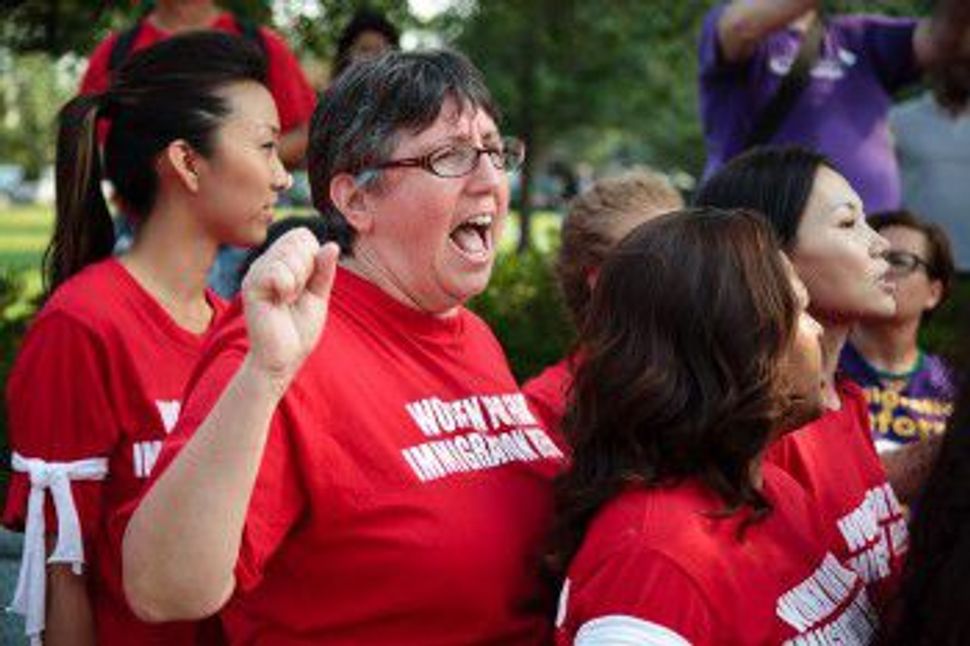 Sammie Moshenberg during a Sept. 12 2013 immigration reform sit-in at the U.S. Capitol. Image by We Belong Together

The Washington director of the National Council of Jewish Women was among those arrested during an immigration reform sit-in at the U.S. Capitol.

Sammie Moshenberg represented NCJW and the Jewish Social Justice Roundtable, an alliance 26 domestic policy groups, at the sit-in Thursday which drew more than a 100 women and which was organized by “We Belong Together,” a coalition of women’s groups who favor immigration reform. 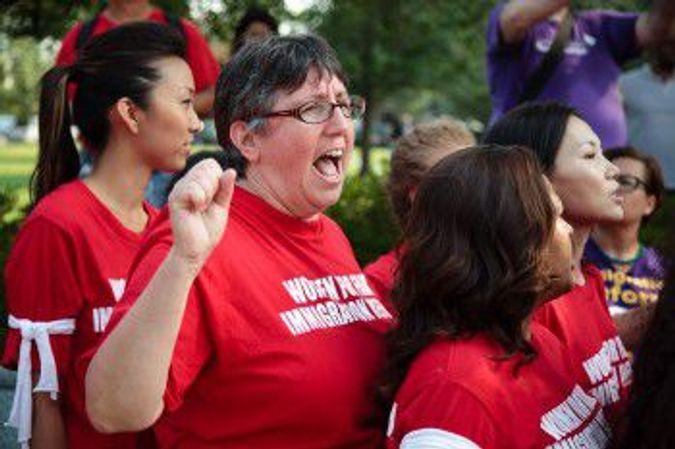 Sammie Moshenberg during a Sept. 12 2013 immigration reform sit-in at the U.S. Capitol. Image by We Belong Together

Moshenberg and the others were arrested by Capitol Police in the morning and were released by Thursday evening.

Comprehensive immigration reform, while garnering majority support in the Senate, has been stymied by opponents in the U.S. House of Representatives.

Separately, over 1,200 rabbis of all streams wrote Thursday to every member of Congress urging immigration reform.

The letter, timed for the High Holy Days and organized by the Reform movement’s Religious Action Center, was signed by leaders of the Reform, Conservative and Reconstructionist movements as well as rabbis from across the country, including a number of Orthodox rabbis.

It called for a path to citizenship for undocumented immigrants, a reduction in family reunification wait times, effective but “humanitarian” border protection policies, safeguards for legal working migrants and “welcoming” and “humane” policies for asylum seekers.