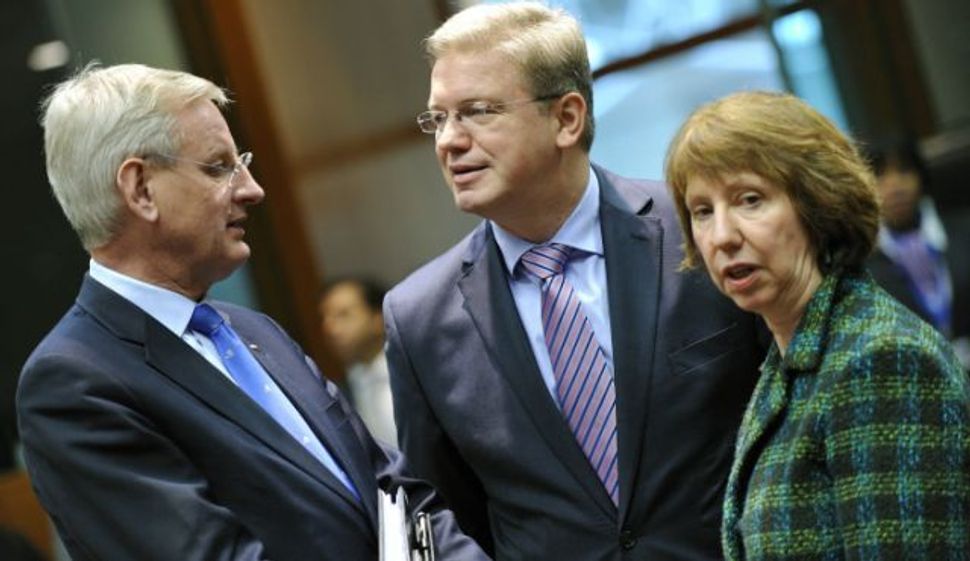 A group of 15 former senior European officials has urged the European Union not to soften or delay new settlement guidelines slated to take effect on January 1, and in particular to ensure they apply to the Horizon 2020 scientific cooperation program.

One particularly noteworthy signatory is former Spanish Foreign Minister Miguel Moratinos, who is considered relatively close to Prime Minister Benjamin Netanyahu and was granted a meeting with the premier when he visited Israel a few weeks ago.