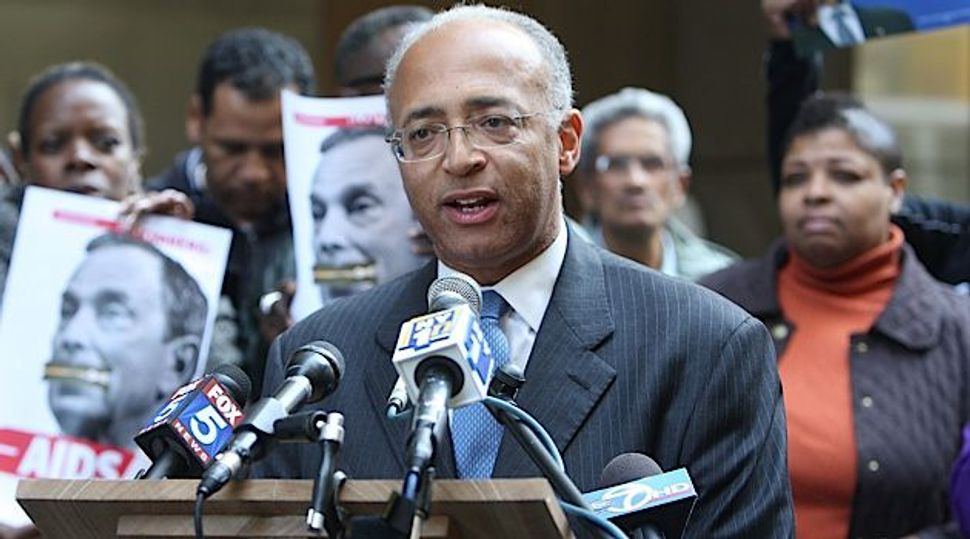 Out of the Race: Bill Thompson will concede the New York City mayoral race to opponent Bill de Blasio. Image by getty images

Thompson planned to make an announcement at 11 a.m. EDT (1500 GMT), according to sources cited by New York’s Daily News and NY1 television.

Thompson’s campaign released the candidate’s schedule listing the news conference but did not elaborate on its purpose.

The winner of the Democratic nomination will face off against Republican Joe Lhota in the race to succeed Mayor Michael Bloomberg, who leaves office at the end of the year after three terms.

De Blasio won by far the most votes in Tuesday’s Democratic primary, but many ballots are still being counted. Thompson earlier vowed to stay in the race for the Democratic nomination until the count was complete.

A runoff could have been potentially damaging to Democrats ahead of the contest with Lhota, a deputy mayor under former Mayor Rudolph Giuliani.

De Blasio has built his campaign around addressing income inequality and has called for higher taxes on the rich to pay for expanded pre-kindergarten programs, more affordable housing and reform to the police tactic of stop and frisk.