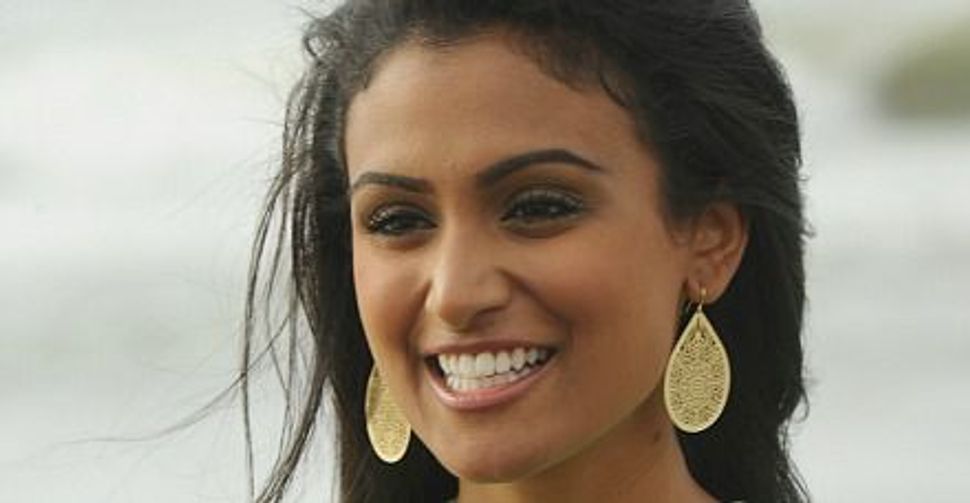 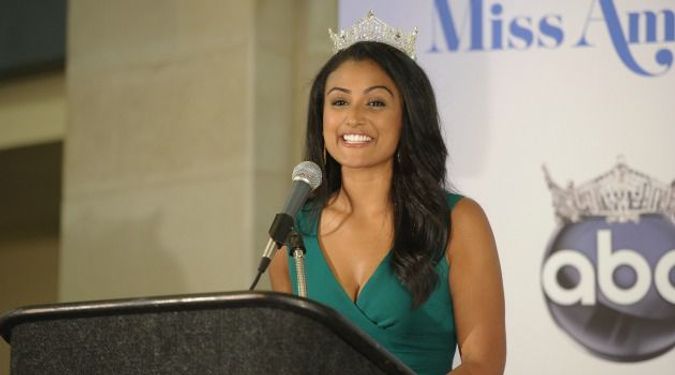 American Hate: Since her crowning on Sunday, Nina Davuluri has been the target of hateful messages on social media linking her to 9/11 and terrorism. Image by Getty Images

The Anti-Defamation League has issued a statement denouncing the negative reactions to the crowning of New Yorker Nina Davuluri, an American of Indian origin, as the new Miss America.

“It is deeply troubling that the crowning of the first woman of Indian descent to win the Miss America pageant – an achievement to be celebrated – has been greeted with a series of racist and hate-filled messages on Twitter and other social media,” wrote ADL national director Abraham Foxman, in a statement released on Monday. “It is a sad reflection both on the medium of social media, where conversations about public events can quickly turn into bigoted and hateful speech, and the message, the pernicious notion that a person of minority descent is not entitled to full status as an American citizen.”

Since she won the crown Sunday night, Davuluri, 24, has been the target of vicious messages on social media linking her to terrorism and 9/11.”

In his remarks, Foxman compared the public’s reaction to the treatment Bess Myerson, the first Jewish woman to win Miss America, received in 1945.

“We have been down this road before,” he wrote. “Myerson faced open prejudice and bigotry as many sponsors and events associated with the pageant refused to recognize her title. While times have changed since then — and the pageant has become more inclusive and has embraced diversity — the reaction in some quarters to the crowning of Ms. Davuluri is a reminder of how much work remains to be done in this country to ensure that America remains no place for hate.”

Foxman concluded with a plea for American unity and inclusion: “We should all celebrate the crowning of an American of Indian descent as another step toward an America that embraces diversity. Ms. Davuluri’s platform of ‘celebrating diversity through cultural competency’ is a message that all Americans and people of good will should strive to emulate.”

Davuluri won the 2014 Miss America pageant on Sunday, becoming the first Indian-American to wear the crown, which went to Miss New York for the second year in a row.

“I’m so happy this organization has celebrated diversity, and, on this stage tonight, there was so much diversity,” Davuluri told reporters shortly after defeating contestants from 49 other states, the District of Columbia, the U.S. Virgin Islands and Puerto Rico.

“I’m so proud to be the first Indian Miss America,” the 24-year-old aspiring physician said.

The field was narrowed to Davuluri and Miss California Crystal Lee, the first runner-up. Just before the results were announced, Davuluri said, “We are making history right here as Asian-Americans.”

Contestants were judged on a personal interview, a talent demonstration, an on-stage question, and their appearance in evening gowns and swimwear during the two-hour nationally televised event.

Davuluri performed a Bollywood fusion dance and was asked about revelations that American television personality Julie Chen had plastic surgery on her eyes. Davuluri answered that she personally was opposed to plastic surgery and said that one’s diversity should be celebrated.

As the winner, Davuluri will receive a $50,000 scholarship. She said she would use the money to pay for graduate school. Last year’s winner, Mallory Hagan from New York, crowned her successor.

Several contestants made headlines during preliminary competitions. Miss Iowa, Nicole Kelly, was born without her left forearm and said the competition helped her promote a platform of overcoming disabilities. Theresa Vail, Miss Kansas and a sergeant in the Army National Guard, became the first contestant to display tattoos.

The 93-year-old beauty pageant returned to its hometown of Atlantic City, New Jersey, this year after an eight-year stretch in Las Vegas.

Atlantic City is about 60 miles (100 km) south of Seaside Park, New Jersey, the site of a massive boardwalk fire on Thursday night. In a press conference following the pageant, Davuluri volunteered to help clean up the damaged boardwalk.

The pageant’s return to the New Jersey shore could help the local economy, which was hard hit by last year’s Superstorm Sandy. The Atlantic City Alliance, an economic development group, estimated it would bring in about $30 million in business.

The Miss America pageant was televised live by ABC, which picked up the contest again in 2011 after dropping it in 2004 because of a steep ratings decline. Miss America has seen its popularity ebb and flow over its nearly 100-year history and it has been the target of critics who say the pageant format objectifies women.