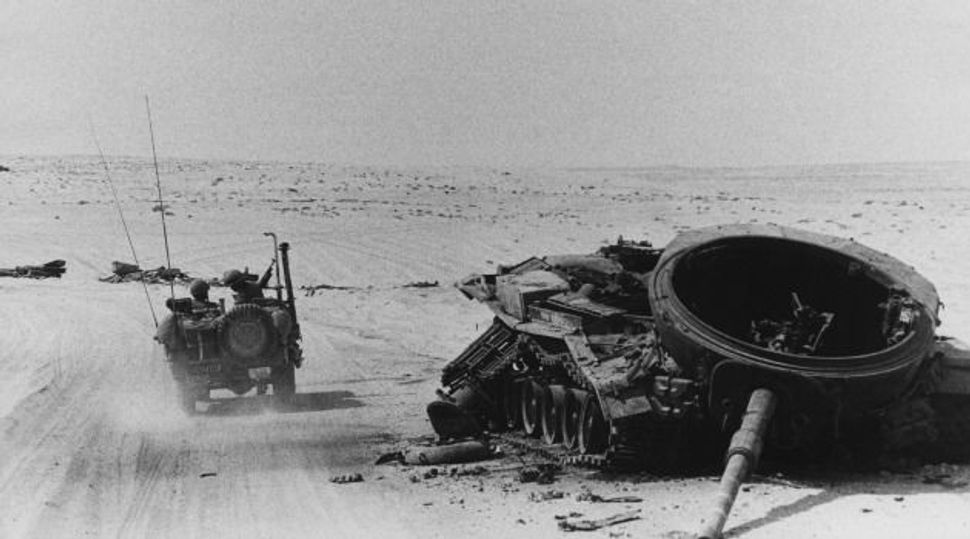 The BBC has changed its characterization of Syria and Egypt’s 1973 attack against Israel as being “preemptive.”

The adjective appeared on the British Broadcasting Corporation’s Learning Zone, a platform designed to offer historical information to students, and was removed Tuesday following questions by JTA.

“During the 1973 Yom Kippur War, Egypt and Syria acted preemptively against Israel at the Suez Canal,” the website read.

BBC’s ethics guide defines a preemptive strike as “military action taken by a country in response to a threat from another country – the purpose of it is to stop the threatening country from carrying out its threat.”

That could imply that Israel was threatening its Arab neighbors and was at fault for the war.

Asked by JTA whether BBC had indications that Israel had threatened or planned to attack its Arab neighbors 40 years ago, BBC’s head of communications, Claire Rainford, wrote in an e-mail on Monday that the producers of Learning Zone “have reviewed the copy and decided to remove the word preemptive.”

The false characterization was featured in an article by the critical website BBC Watch.

According to Learning Zone, the information on the website was provided by the Israeli historian Benny Morris, who has written extensively about Israel’s culpability in the creation of the Palestinian refugee problem, as well as British journalist Robert Fisk and linguist Noam Chomsky — both harsh critics of Israel who have likened the country’s practices to apartheid in South Africa.

The text on Learning Zone now reads: “During the 1973 Yom Kippur War, Egypt and Syria acted against Israel at the Suez Canal.”

Rainford did not reply to JTA’s question on whether BBC had indications that Syria, which mounted a surprise attack in the Golan timed to coincide with the Egyptian advance, also acted against Israel at the Canal.