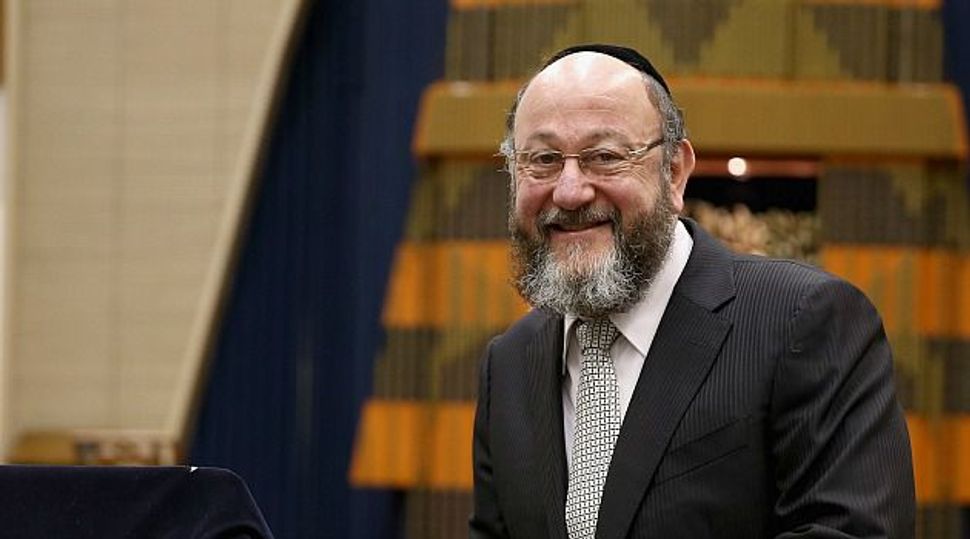 Great Britain’s new chief rabbi, Ephraim Mirvis, announced on Monday that he would be attending Limmud, Britain’s largest and oldest festival of Jewish learning and culture. Rabbi Mirvis’ announcement may have been expected, but it is still significant for the future of Britain’s rapidly fracturing Jewish community.

Mirvis’ predecessor, Rabbi Jonathan Sacks, had been an early supporter of Limmud back in the day when it was mainly an educators’ conference, but during his 22 years as chief rabbi, he bowed to pressure from his ultra-Orthodox colleagues and did not appear at the Limmud conference.

In a statement put out by his office, Mirvis, who was inaugurated as chief rabbi only two weeks ago, said that for him, speaking at Limmud fulfills “one of my primary functions as teacher of the community. I see Limmud as an opportunity to teach Torah to large numbers of people who want to learn.”

Mirvis had indicated in recent months that he planned to reverse Sacks’ policy, but it wasn’t clear whether he would attend this year’s main Limmud conference, which is scheduled to take place in late December. The five-day event of more than a thousand lectures, workshops, debates and performances at the University of Warwick is expected to draw around 2,500 participants.