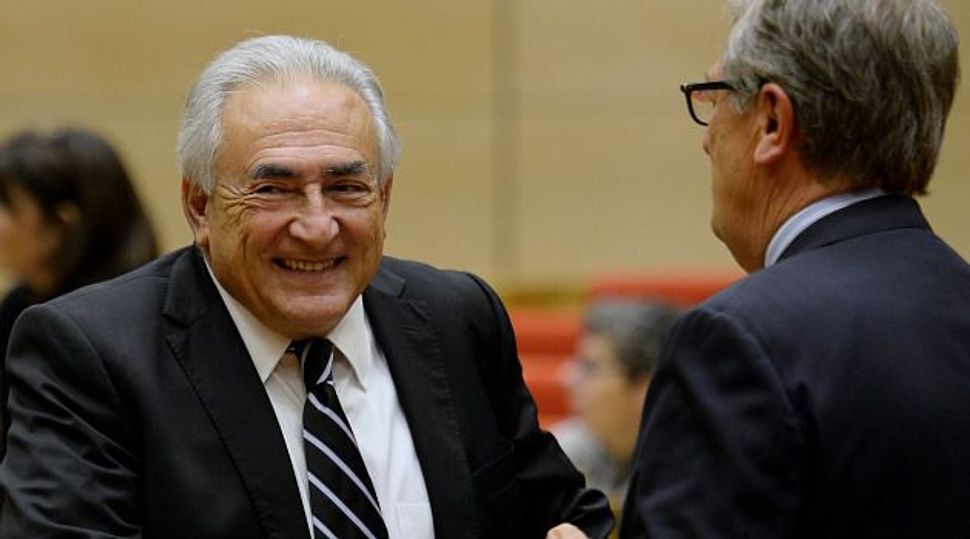 Ex-IMF chief Dominique Strauss-Kahn began work on Tuesday as economic adviser to the Serbian government, his latest incarnation since a sex scandal cost him his job and ruined his French presidential ambitions.

Strauss-Kahn, who has been initially engaged for three months and will take no salary, told a news conference that he and his team had “no magic wand or silver bullet” for the shaky economy of the European Union candidate.

The 64-year-old economist, who quit the International Monetary Fund after being accused of sexually assaulting a New York hotel maid in 2011, has been working for the French boutique investment bank Arjil and says he has been advising companies around the world.

The Serbian government, which has suggested it plans to seek a loan deal with the IMF but is struggling to rein in its public debt and budget deficit, has shrugged off concerns about Strauss-Kahn’s private life.

Though the New York charges were later dropped, Strauss-Kahn is due to go on trial in France on charges of pimping that stem from sex parties he attended in the northern city of Lille.

Deputy Prime Minister Aleksandar Vucic said Serbs were less interested in the Frenchman’s private affairs than in what he could do to address the fundamentals of the Serbian economy – an average net wage of 380 euros per month, unemployment of 24 percent, public debt projected at 65 percent of annual output and a budget deficit on course to breach 5 percent of GDP.

“The great Picasso treated women and children badly, and some other people including Hitler loved women,” Vucic told state television last week. “If you want to judge by that, then you can judge Strauss-Kahn negatively.”

Addressing a news conference with Strauss-Kahn on Tuesday, Vucic said: “Dominique Strauss-Kahn is an expert. On the economy, I have never heard anyone question his expertise. We are not ashamed to say the guy knows those things much better than we do.”

It is not clear how much time Strauss-Kahn, whose hopes of running for the Socialist Party in France’s 2012 presidential election were ruined by the sex revelations, will spend in Serbia. Vucic said he would hold talks in Belgrade on Tuesday and Wednesday.

Krstic has pledged “serious” measures to rein in the budget deficit and debt, reform the bloated public sector and pension system, but faces resistance within the coalition government.

Meanwhile, Vucic’s Progressive Party is riding high in opinion polls, and speculation is rife that he may seek a fresh mandate in a snap election that could follow the expected start of EU accession talks in January.

Strauss-Kahn declined at his news conference to discuss specifics of the Serbian economy. Asked if he would advise Belgrade to seek a new loan deal with the IMF, which scrapped a 1 billion euro arrangement in early 2012 over broken spending promises, he replied: “Maybe, maybe not.”