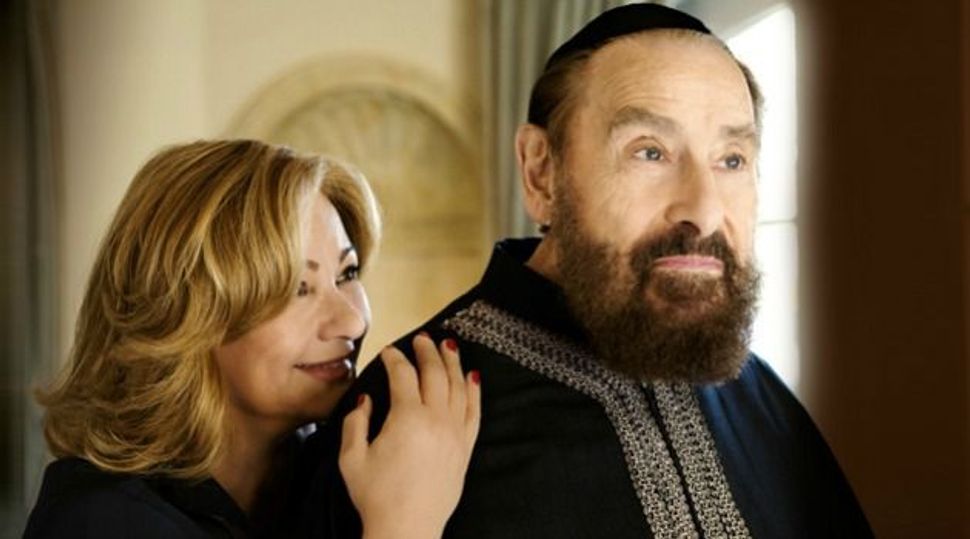 Rabbi Philip Berg with his wife, Karen. Image by courtesy of kabbalah centre

Rabbi Philip Berg, who brought the teachings of Kabbalah to a celebrity following that included Madonna and Britney Spears, has died.

Berg, the founder of the Kabbalah Centre in Los Angeles, died Monday at a hospital in that city. He had been ill since suffering a stroke in 2004. Berg was 86.

His followers also included Demi Moore and Ashton Kutcher. Berg had some 4 million students in Kabbalah centers all over the world, according to reports.

Berg spurred controversy by bringing Kabbalah, a form of Jewish mysticism that is believed to be reserved for top Jewish scholars, to the masses.

His widow, Karen, and two sons, Yehuda and Michael, have led the center since his stroke, according to the Los Angeles Times. Berg founded the center in 1969.

The Internal Revenue Service opened a tax evasion investigation into the center last year, though it is unknown if the probe is still being pursued, according to the newspaper.

The center, which is believed to have assets in the hundreds of millions, emphasized cash donations from its members, according to the Los Angeles Times.

Born Shraga Feivel Gruberger in New York, Berg was ordained as a rabbi in 1951.

“Today we believe the Rav has begun to share with us from above, and we will all happily remain connected to and inspired by the Rav’s soul and his vision,” the center said in a statement.

On Monday, students reportedly gathered outside the center upon hearing the news of Berg’s death.

He was to be buried in the Israeli city of Safed, a center of Jewish mysticism, on Tuesday, according to reports.