Finding Market for the Four Species of Sukkot 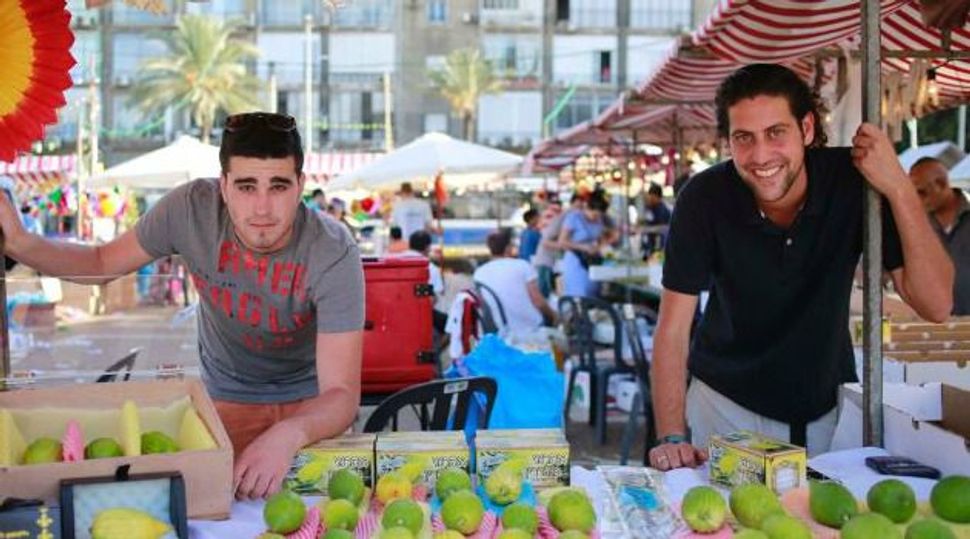 When Yoni Wattenshtein was younger and Sukkot rolled around, he wanted to be like the big boys. While he was stuck at home watching TV, his brothers were out till 2 or 3 A.M., stocking up on the four species central to the observance of the holiday, and preparing to sell them in markets that spring up across Israel in the days leading up to the weeklong celebration.

Today the 24-year-old sells etrogim (citron), lulavim (palm fronds), hadassim (myrtle branches) and aravot (willow branches) at Tel Aviv’s Four Species festival. At the south end of Rabin Square, opposite the municipality building, some 30 stalls are arranged for the annual event, which has been running for 30 years. The market generally stays open for three days ahead of Sukkot, which, this year, started after sundown on Wednesday (in other words, reader, you’ve missed it).

For Wattenshtein, it is his thirteenth year in the business, which, he admits, “is loads. It’s half my life.” Today, he lives it, he says. “Either you’ve got it or you don’t. If you don’t know how to sell, you’ll sit here and do nothing, and you have to love it. It’s sitting in the sun, in the heat, it’s not the most fun in the world. But whoever enjoys it is fine.” He does enjoy the work, and he likes explaining to secular Jews who know little about Sukkot what everything means.

Finding Market for the Four Species of Sukkot