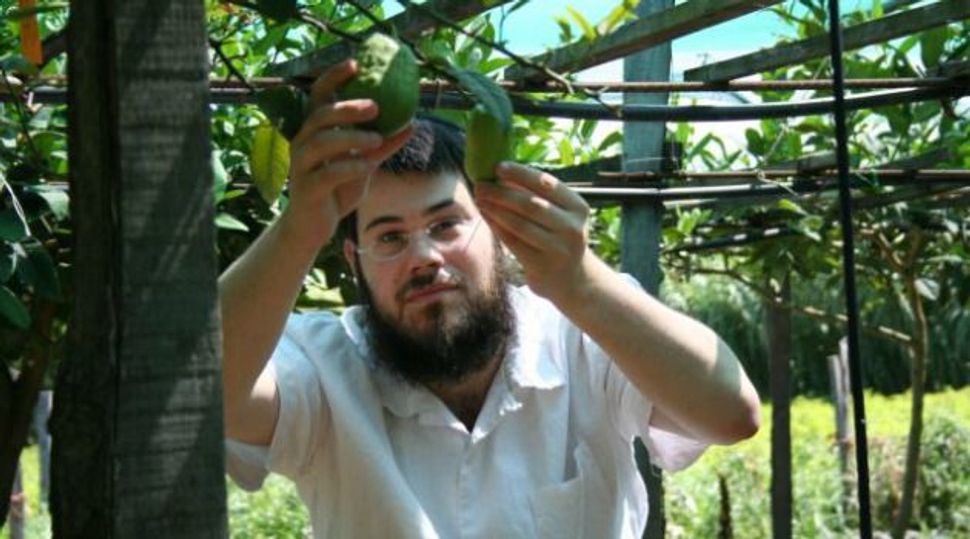 The sight of Hasidim wandering the fields and villages in this relatively isolated Italian region could seem incongruous, since practically no Jews have lived in the area for half a millennium. But local farmers have gotten used to the groups of Orthodox Jews who visit every summer to supervise the harvest of the etrog, one of the four species essential to the rituals of Sukkot.

Ahead of the holiday, a growing number of Jews from various Orthodox groups travel to the part of Calabria known as the “Riviera dei Cedri” –- the “Etrogim Riviera” -– to pick, box and ship only the best, unblemished citrons to faithful around the world.

“It used to be just a couple of people picking a few hundred etrogim,” says Rabbi Menachem Lazar, Chabad’s envoy in Rome. “Now dozens of people come every year and collect tens of thousands of fruits.”

The Calabrian etrogim are sought after not only for their quality and conformity to strict halakha requirements, but also for their connection to the once-thriving Jewish communities of southern Italy, which were expelled when the area became a Spanish domain in the early 16th century.