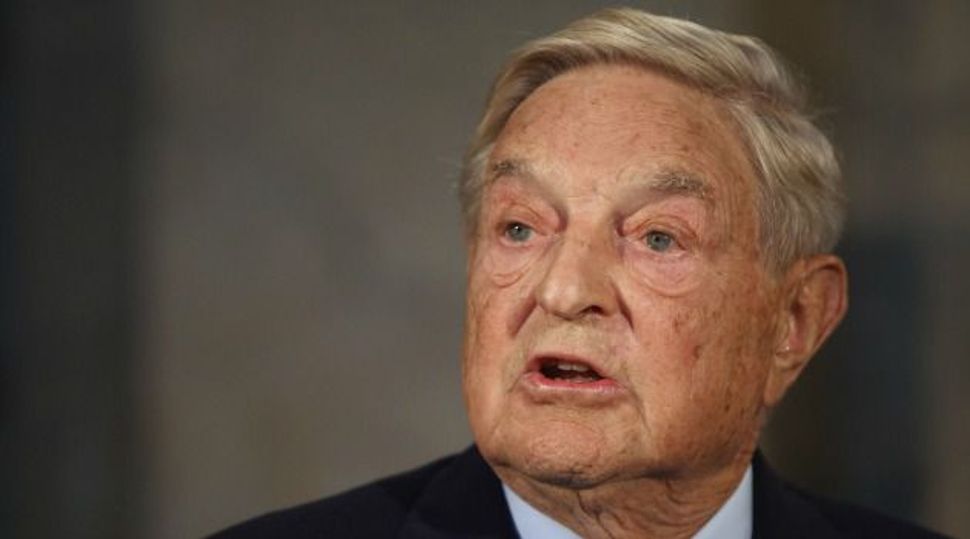 Soros and Bolton, 42, exchanged vows in a small ceremony at his Bedford, New York, estate, which Soros bought in 2003 from “Jurassic Park” author Michael Crichton. Federal judge Kimba Wood officiated at the non-denominational wedding, which was attended by members of the couple’s families, including the groom’s five children, a source familiar with the wedding told Reuters on Saturday.

For Soros, whose net worth is $20 billion according to Forbes, this will be his third marriage. It is Bolton’s second.

Soros put a Graff wedding band on Bolton’s finger during the half-hour ceremony, according to the source.

The exchange of vows will be followed by a reception, which begins at 4:30 p.m, with more than 500 guests at the Caramoor Center for Music and the Arts, the Westchester County complex known for its Italian Renaissance-inspired buildings and lush gardens.

Among the guests at the various events are World Bank President Jim Yong Kim and some foreign leaders, including Hendrik Toomas Ilves, president of Estonia; Ellen Johnson Sirleaf, president of Liberia; and Edi Rama, prime minister of Albania.

Also expected to attend are fellow titans of the hedge fund world, Paul Tudor Jones and Julian Robertson. From the U.S. political realm those invited include Minority Leader of the U.S. House of Representatives Nancy Pelosi of California and Lt. Gov. Gavin Newsom of California, both Democrats.

On Friday night, the couple held a reception for 300 guests at the Museum of Modern Art in Manhattan for a preview of the new exhibition of works by Belgian painter Rene Magritte – “Magritte: The Mystery of the Ordinary, 1926-1938.”

The honeymoon plans were not immediately disclosed.

Soros, who established one of the first hedge funds in 1969 and is probably best known for famously betting against the British pound in 1992, met Bolton at a dinner party in 2008. Their engagement was announced in August 2012.

Bolton has been a consultant and entrepreneur working in the fields of health and education. She started an Internet-based dietary supplement and vitamin sales company, and her most recent project was advising on development of a web-based yoga education platform.

The bride’s dress was designed by U.S.-based, Lebanon-born Reem Acra, whose gowns have been worn on the red carpet by many stars, including Angelina Jolie and Jennifer Lopez.

The reception on Saturday night will feature Hungarian composer and conductor Iván Fischer, a family friend, who created a new arrangement for the occasion. It will be presented with the Budapest Festival Orchestra. Also, Cape Verdean Mayra Andrade will sing with the Harris Lane Orchestra. Andrade and Roma ensemble Via Romen will perform at a Sunday brunch.

In lieu of gifts, the couple has asked that donations be made to charities including Global Witness, Harlem Children’s Zone, National Dance Institute, Planned Parenthood and the Roma Education Fund.