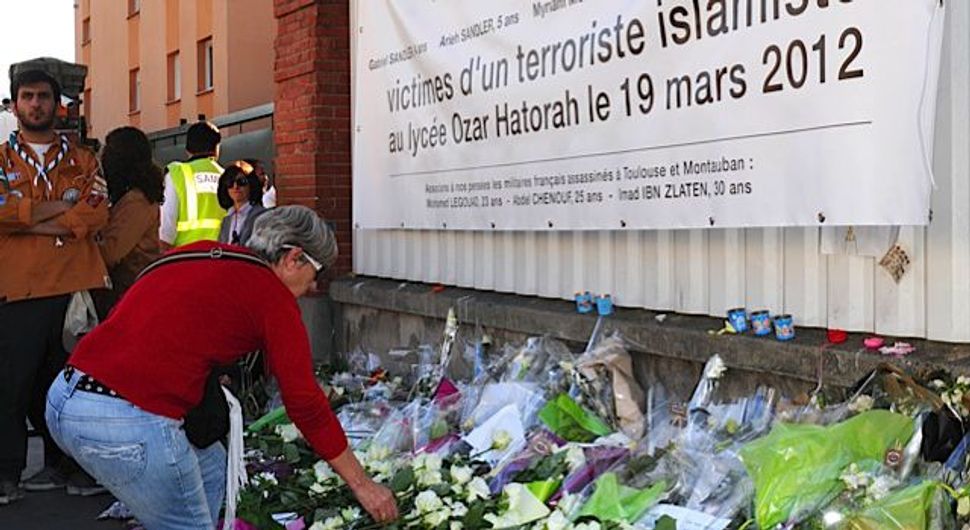 Terrorized School: Last year a rabbi and three students were gunned down at a Jewish school in Toulouse. Now, a man suspected of threatening the school recently has been arrested. Image by getty images

The unnamed 20-year-old was arrested over the weekend near Vesoul, a city in eastern France, for allegedly threatening last week to kill people at the school where the Islamist extremist Mohammed Merah last year gunned down a rabbi and three children.

According to SPCJ, the French Jewish community’s security service, the arrested man called the school’s secretary on Sept. 16 and said: “I am Mohammed Merah’s cousin and I’m coming over tonight to kill you.”

The suspect is a French national of Moroccan origin, according to Reuters, and was living with his mother. The report did not say whether he is in fact related to Merah.

He will be brought for arraignment at Vesoul near Strasbourg on Monday, Reuters reported. According to SPCJ, police have arrested several callers who threatened violence against the school after the shooting.

French police believe Mohammed Merah planned the shooting with his older brother, Abelkader Merah, who is currently in prison. Mohammed Merah was killed in a shootout with police on March 22, three days after the school shooting.