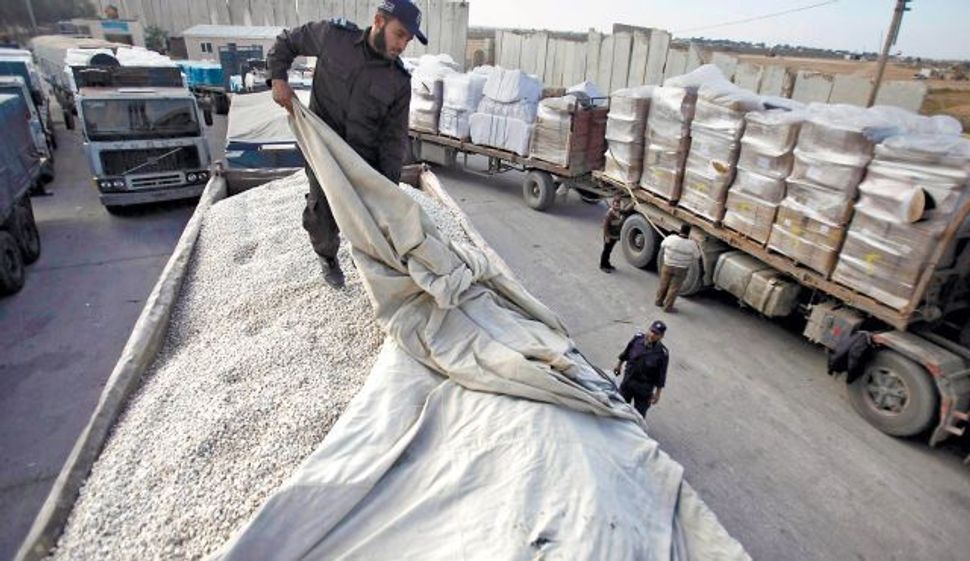 Israel for the first time in six years on Sunday allowed building materials for private projects to enter the Gaza Strip via its border crossings.

Ninety truckloads of cement, gravel and iron passed through the border, said Raed Fattouh, the Palestinian Authority liaison at the Kerem Shalom crossing.

It marked a easing of Israel’s of blockade of the coastal enclave that was first imposed in 2006, in response to the abduction of an Israeli soldier and rocket attacks by Palestinian militants.

The blockade was tightened the following year, when the Islamist Palestinian Hamas movement seized control of the Gaza Strip. Israel declared Gaza hostile territory and permitted the entry only of basic supplies to avoid a humanitarian crisis.

In 2010 Israel eased the blockade. The move came after Israeli commandos stormed a Turkish ship that breached its naval blockade of Gaza, killing nine pro-Palestinian activists. The vessel had been part of a flotilla transporting activists.

Restrictions on imports were lifted, with the exception of raw materials that Israel said could be used to build weapons or tunnels, including gravel and cement.

Israel allowed in some building materials, but only for internationally funded public projects.

A network of tunnels under the Gaza-Egypt border is used to smuggle such raw materials into Gaza. Egypt has closed many of the tunnels, in the wake of the ousting of Islamist president Mohammed Morsi in July.