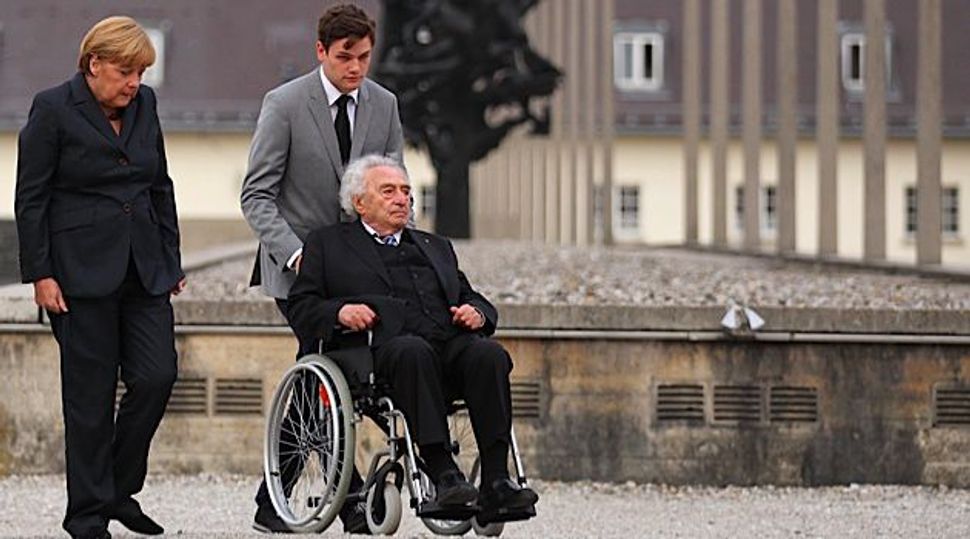 German Chancellor Angela Merkel’s conservatives are on course to win a historic absolute majority in Sunday’s election, according to a projection based on exit polls and some results from broadcaster ARD.

The projection put Merkel’s conservatives on 42.5 percent, a whisker over the combined total for the left parties who together scored 41.6 percent.

The last time a German party won an absolute majority was in 1957 with conservative leader Konrad Adenauer..

Television exit polls showed Merkel’s conservative bloc – the Christian Democratic Union (CDU) and Bavarian Christian Social Union (CSU) – on 42 to 42.5 percent, which if confirmed would be their strongest score since 1990.

That gives the conservatives an outside chance of securing an absolute majority on their own, which would be a historic success for the 59-year-old Merkel, whose steady leadership during the euro zone crisis has made her hugely popular at home.

But the survival of her center-right coalition with the Free Democrats (FDP) was in question, with the business-friendly party on 4.7 percent, shy of 5 percent mark needed to remain in parliament.

Adding to the uncertainty was a new eurosceptic party, the Alternative for Germany (AfD), which stood at 4.9 percent, just a whisper below the threshold needed to enter the Bundestag.

Support for the center-left Social Democrats (SPD) stood at 26 percent, the environmentalist Greens were on 8 percent and the hardline Left party was at 8.5 percent.

That was good for a combined score of 42.5 percent, roughly in line with the result of Merkel’s conservatives on their own.

Short of her own majority and barring a late bounce for the FDP, Merkel will almost certainly have to enter coalition talks with the SPD, with whom she ruled between 2005 and 2009.

Negotiations could last months and a new government could adopt more leftist policies like a minimum wage and tax hikes for top earners.

“We won’t be committing to any coalition this evening,” SPD second-in-command Andrea Nahles said, reflecting deep resistance within the party to partnering with Merkel for the second time in a decade.

Some of Germany’s European partners hold out hope that the SPD could push Merkel to soften her stance towards struggling southern euro states like Greece, but the chances of major shifts in policy are slim.

Merkel, the daughter of a Protestant pastor who grew up behind the Iron curtain in East Germany, is now on track to become the third post-war chancellor to win three elections, after her mentor Helmut Kohl and Konrad Adenauer.