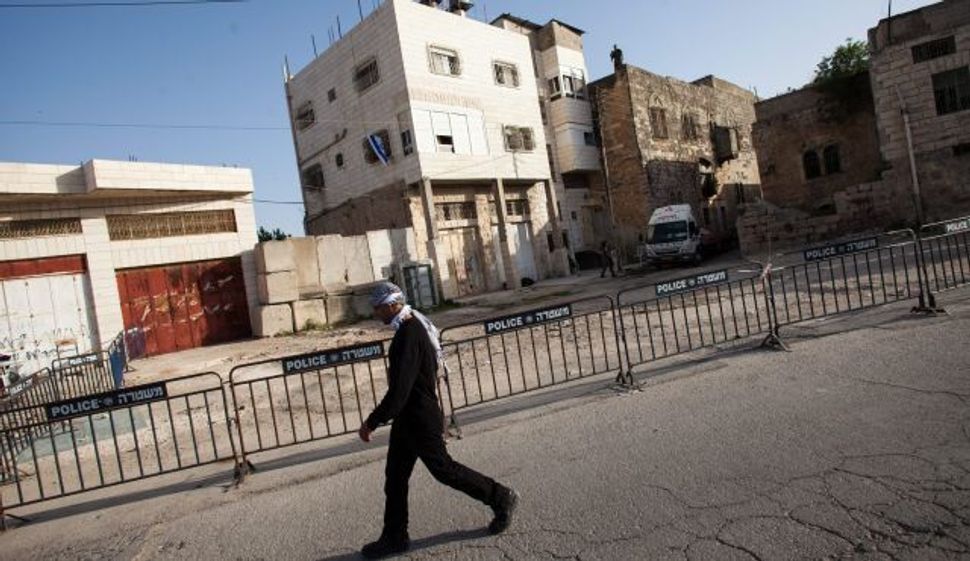 Occupied: Netanyahu ordered that a contested home (pictured here) in Hebron be occupied by settlers after the nearby shooting of an Israeli. Image by Haaretz

Prime Minister Benjamin Netanyahu has ordered the Civil Administration on Sunday night to take the necessary action to allow Jewish settlers back into a contested house in the West Bank city of Hebron.

In April 2012, a group of settlers moved into the house, claiming that they had purchased the property, which is located not far from the Cave of the Patriarchs. After reviewing the deed, the Civil Administration invalidated the purchase, citing faults in the transaction. Under the martial law in the territories, any real estate deal must first be approved by an Israeli army commander.

Since then, settlers in Hebron have been waging a legal battle to gain recognition for the transaction. Defense Minister Moshe Ya’alon has pledged in the past that if the deal is deemed legal, the settlers would receive authorization to move in from the military as well.

On Sunday night, Netanyahu ordered that the house be inhabited without delay.