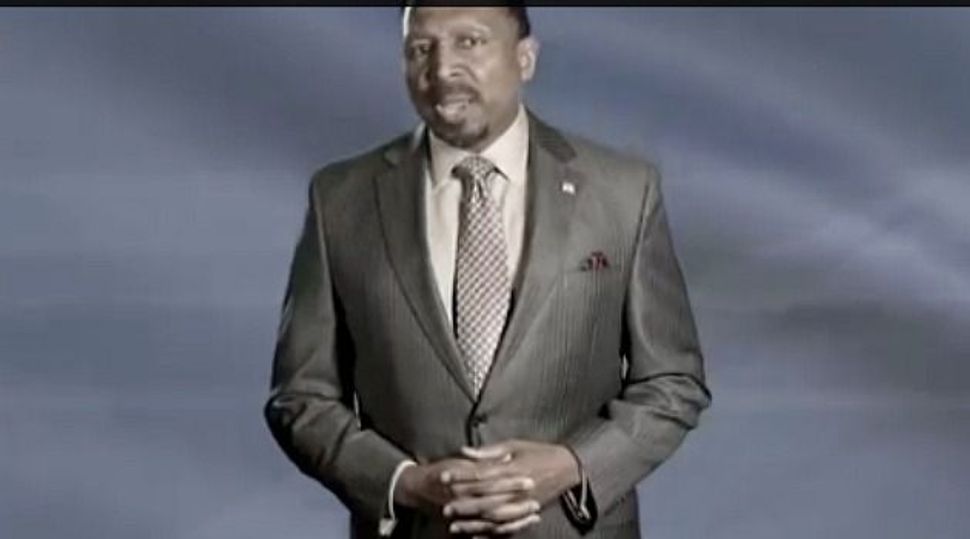 Jewish groups called on the Republican candidate for Virginia’s lieutenant governor to explain a sermon in which he said non-Christians are engaged in a “false religion.”

E.W. Jackson, a pastor, on Sunday preached at the Restoration Fellowship Church in Strasburg, Va.

“Any time you say, ‘There is no other means of salvation but through Jesus Christ, and if you don’t know him and you don’t follow him and you don’t go through him, you are engaged in some sort of false religion,’ that’s controversial,” Jackson said according to a recording first reported Monday by the Washington Post. “But it’s the truth.”

Ronald Halber, the director of the Jewish Community Relations Council of Greater Washington, called on Jackson to apologize.

“He is trying to assume a mantle of public leadership, and if he feels so negative in relationship to people not of his religion, how can he govern responsibly?” Halber said. “He owes an apology to the faith groups he has offended and to the people he offended.”

The American Jewish Committee’s Washington office called on Jackson to clarify his remarks.

“We do not question Mr. Jackson’s right to hold views about the exclusive truth of Christianity,” said Alan Ronkin, the AJC Washington director. “But that said, as a candidate for public office, his expression of those views at this time places a burden on him to assure Virginians of all faiths that these religious views will not prejudice his performance of the duties of the office he seeks.”

It was the second such controversy surrounding a GOP candidate in recent days.

Last week, John Whitbeck the chairman of the Republican Party in the state’s Tenth Congressional District, at an event introducing Ken Cuccinelli, the attorney general who is running for governor, related an anti-Semitic joke that had Jews billing the pope for the Last Supper.

Cuccinelli rebuked Whitbeck for the joke and Whitbeck eventually apologized.

Rabbi Jack Moline of Agudas Achim, a Conservative movement synagogue in Alexandria Va., called on Cuccinelli to similarly distance himself from Jackson’s remarks. He said Cuccinelli should “declare clearly whether E.W. Jackson represents the values we could expect from the government he proposes to lead.”

Jackson did not respond to the Washington Post’s requests for comment, but the church’s pastor, Jay Ahlemann, said the remarks should be seen within the context of a sermon and not a political speech.