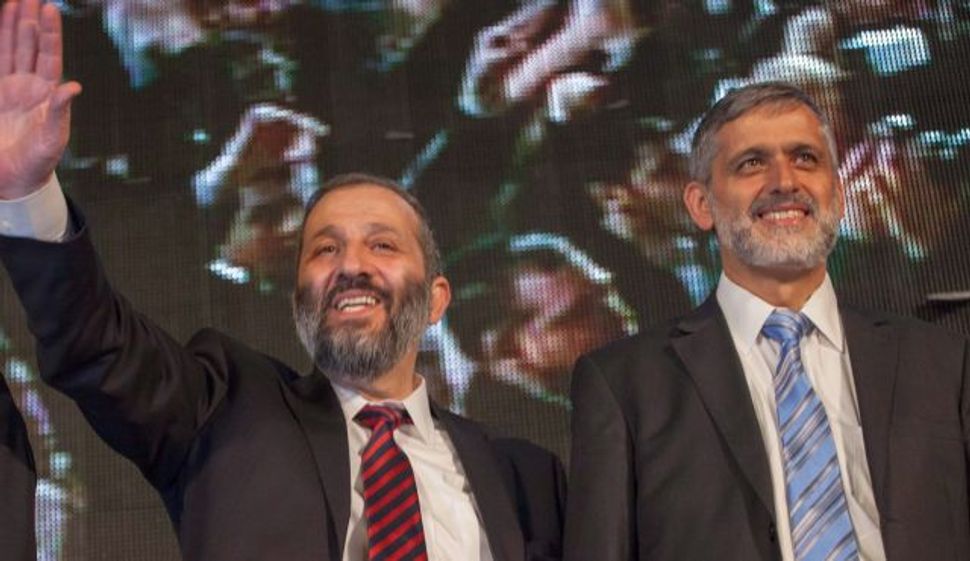 What Next?: Shas co-leaders Aryeh Deri (left) with Eli Yishai Image by haaretz

The seriously ailing Rabbi Ovadia Yosef has broken off ties with his former protege for the second time since the summer, bringing their brief reconciliation to an end as the question of who will replace the 93-year-old Yosef as the Shas party’s spiritual leader remains unanswered.

Yosef’s daughter-in-law and the strongwoman of Shas, Yehudit Yosef, on Tuesday called Mazal Amar, the wife of recently retired Sephardi chief rabbi Shlomo Amar, to deliver an unequivocal message: Amar should stop visiting Yosef, whether at home or in the hospital.

Yosef was in serious but stable condition at Jerusalem’s Hadassah University Hospital Ein Karem TUesday. Over the past few days, he has been put on a respirator, had a pacemaker inserted and undergone dialysis. Followers of the rabbi said he was fighting for his life.

The relationship between Yosef and Amar was fragile, given the fact that Yosef had cut off Amar after he ran a candidate against Yosef’s son Yitzhak in July’s chief rabbinate election.

But Yitzhak Yosef won the post, becoming Amar’s successor as Sephardi chief rabbi, and Amar and the elder Yosef seemed to be on the road to reconciliation, having met five times since Yom Kippur. Ovadia Yosef even asked Amar to pray for his recovery.