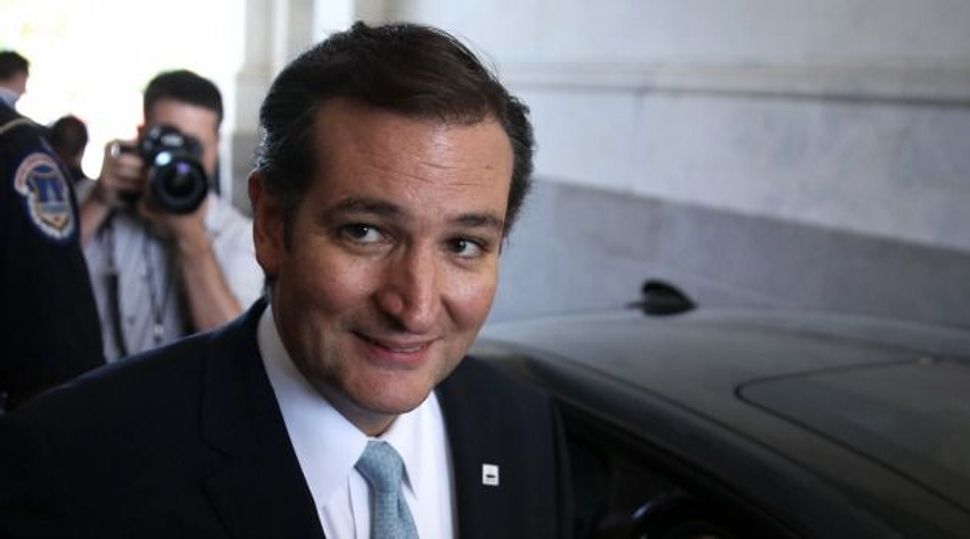 Take a Nap: Ted Cruz leaves the Senate after his 21-hour ?faux fillibuster? against Obamacare. Image by getty images

Senator John McCain lashed out at fellow Republican Ted Cruz on Wednesday over a Nazi appeasement comparison he made during his all-night, anti-Obamacare marathon on the U.S. Senate floor.

Speaking after Cruz had the floor for 21 hours and 19 minutes, McCain said he took umbrage at the Texas senator’s efforts to pressure other Republicans to get behind his strategy for fighting President Barack Obama’s signature health care law.

Cruz, a leader of the conservative Tea Party movement, has been urging his colleagues to join him in using the threat of a federal government shutdown to block funding for Obamacare.

McCain said he was particularly upset that Cruz had compared those unwilling to embrace his methods to British Prime Minister Neville Chamberlain and others who were willing to appease Nazi Germany before World War Two.

McCain, a Vietnam veteran and former prisoner of war, said the comparison was inappropriate. He said he had taken Cruz aside privately to tell him, and got a response he did not like: Cruz told him his appeaser reference applied not to distinguished members of the Senate but only media “pundits.”

“I think it’s wrong and I think it’s a disservice to those who stood up and shouted at the top of their lungs that we cannot appease and that we must act,” he said.

He said the remarks were a disservice to those, including his father and grandfather, who fought in World War Two.

McCain also objected to the suggestion that Republicans who do not support Cruz’s strategy were not fighting hard enough against the law, which most Republicans oppose.